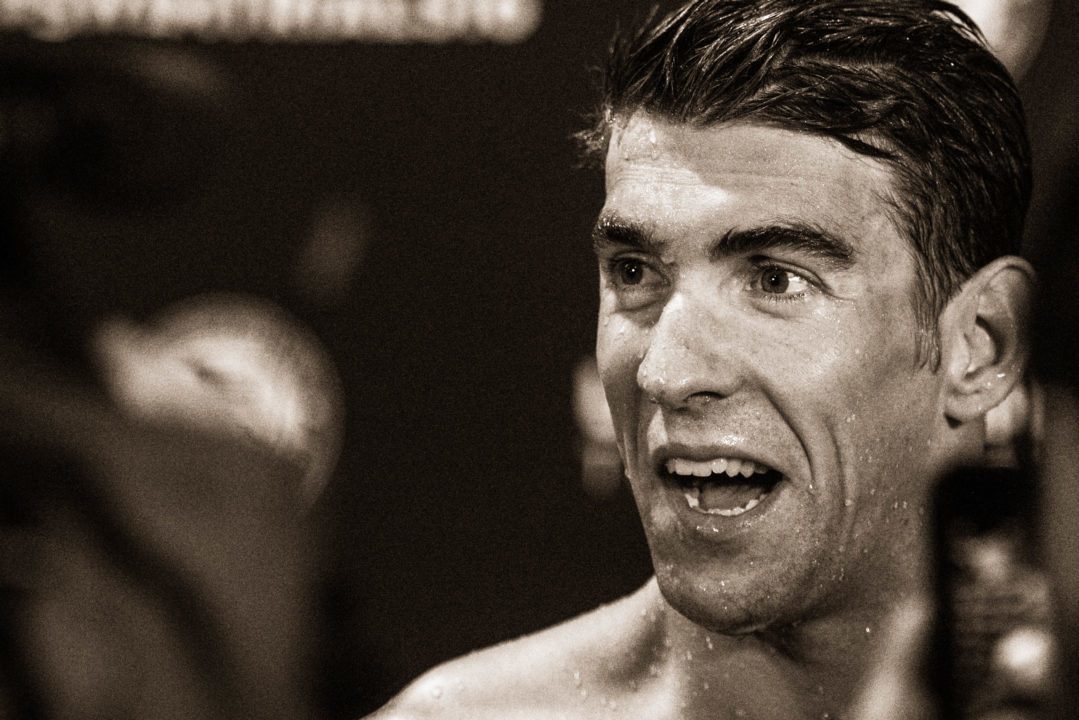 Nicole Phelps, the wife of the most-decorated Olympian swimmer in history Michael Phelps, gave birth to the couple’s 2nd child on Monday, February 12th. The couple announced the birth on their Instagram accounts on Tuesday, along with the baby’s name: Beckett Richard Phelps.

This is their 2nd child, following Boomer Robert Phelps, who was born on May 5th, 2016. Boomer already has over 800,000 followers on his own Instagram account.

The caption on the post reads: “Magical moments yesterday…Nicole and I would like to introduce Beckett Richard Phelps to the world! We had a healthy baby boy and a healthy mama. I truly do feel like the happiest man in the world. Being able to build our family to now 3 (6 with doggies) is so incredible! #family of 4 now”

While the couple’s first son was given a middle name after Phelps’ lifelong coach – Robert “Bob” Bowman. Phelps said at the time that the name Boomer was a result of them ‘wanting something different’ and thinking “it was kind of a pretty neat name.”

As for the 2nd child, other than the alliterative effect, no revelation has been made yet of the reason for the name. Richard, Beckett’s middle name, is Nicole’s father’s name.

Was so hoping it was a girl!!!

Congratulations to the whole family! Adorable photo of the 3, especially with such a happy smile on Boomer. Was also wondering if anyone could clarify — the linked article about Boomer’s birth announcement says that his name is Boomer Robert Phelps, but this article says the reverse (Robert Boomer Phelps) and that Boomer is his middle name. Which way is true?