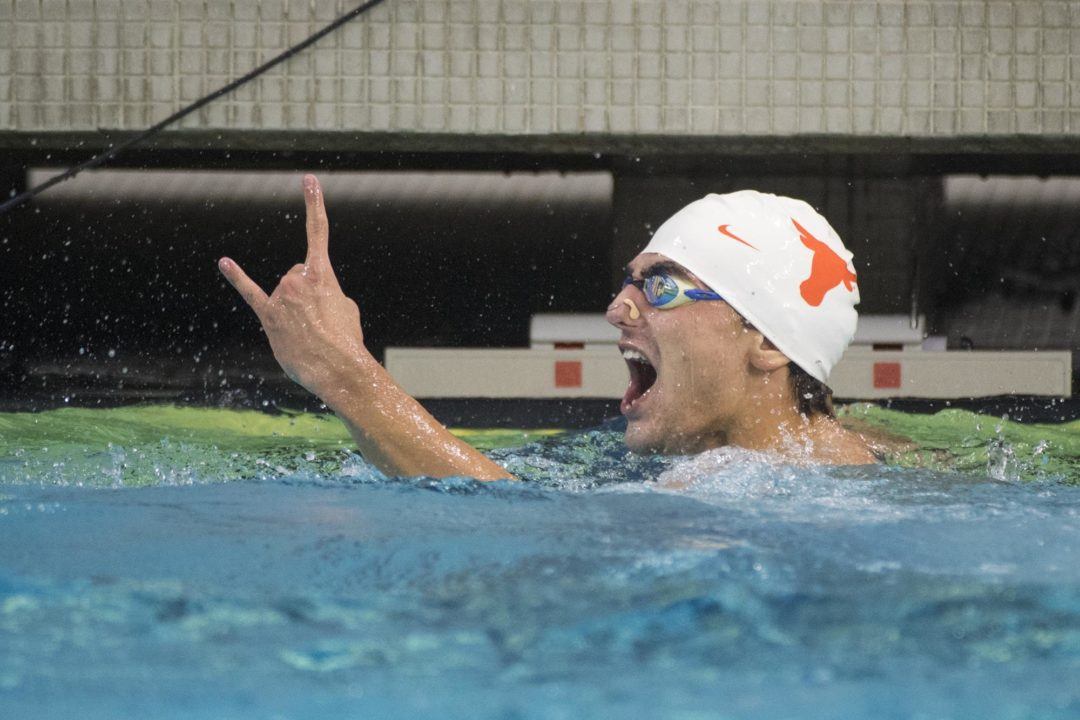 Texas freshman Austin Katz moved into 10th place on the all-time performers list (and 25th on the performances list) in the 200 yard back on Saturday to close the 2017 Texas Invitational.

Katz swam 1:38.49, which makes him the 2nd-fastest Longhorn in the history of the event, behind only the school record held by his junior teammate John Shebat at 1:37.24 from last year’s NCAA Championship meet. Katz also becomes the 4th active member of the Texas varsity squad to go sub-1:40 in the event, including Ryan Harty, who came within a tenth of his lifetime best with a 1:39.23 in Saturday’s final for 3rd place.

The only freshman to have ever swum faster in the 200 back: the current American Record holder and defending Olympic Champion Ryan Murphy, who in 2014 swam 1:37.35.

Texas’ divers will next compete from December 13th-19th at the USA Diving Winter Nationals in Greensboro;

would love to see a race video of this

I love that requests like this almost always get answered on here. Looking forward to it.

I got the video dawg