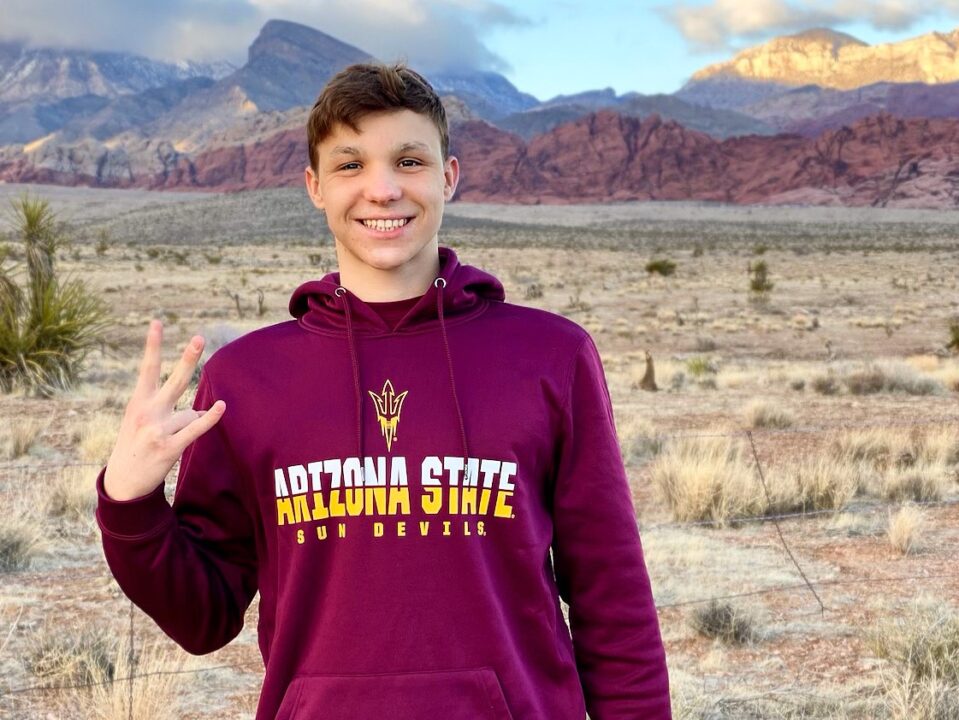 The water was a bit calmer on Sunday morning at Fort Myers Beach as 16-year-old Ilya Kharun dominated the Junior National 7.5k race and led a 1-2 finish for the Sandpipers of Nevada that was completed by 15-year-old Luke Ellis.

The top 8 finishers (unofficially, per USA Swimming’s live stream) are:

The race immediately spread out as a lead pack of three swimmers formed. By the third of five laps this front pack consisted of ASU commit Kharun, 16-year-old Matt Marsteiner of New Wave in 2nd place and 15-year-old Weslee Gettys of Texas Gold in 3rd place.

Kharun’s 100-yard-lead dipped to about 60 yards by the end of lap three where Gettys was in 2nd place and 16-year-old Alex Ayers of SwimMAC Carolina made a move to get into 3rd place. But, Kharun’s lead grew to about 1 minute and 15 seconds on the 4th lap. There was a core group of four boys chasing him at this point – Ayers, Ellis, Gettys, and Luke Whitlock of Fishers Area Swim Team.

Gettys and Whitlock were going back-and-forth for 4th place as were Marsteiner and TIDE’s Robert Dinunzio for 6th place.

The full, official results will be added to this article once they are published.

It was slightly cooler and less windy on Sunday than the previous days of competition in Fort Myers with a high temperature of 82 degrees Fahrenheit, 68% humidity, and 9 mile-per-hour winds.

Please send out another post giving the finish times for all the events from Ft. Meyers.

Times in Openwater are kind of irrelevant due to all the variables on each course. Safe to say he will go alright World Jnr Openwater.

He looks like Marchand’s little brother on this picture

I know everyone has said magahey was diverse coming out of HS but this might top it. Wow this is unbelievable range.

Undoubtedly a top 3 recruit for the high school class of 2023 now. To be winning jnats in fly events and open water events is insane.

is anyone at sandpipers a sprinter…

No, everyone swims distance.

His range is ridiculous!