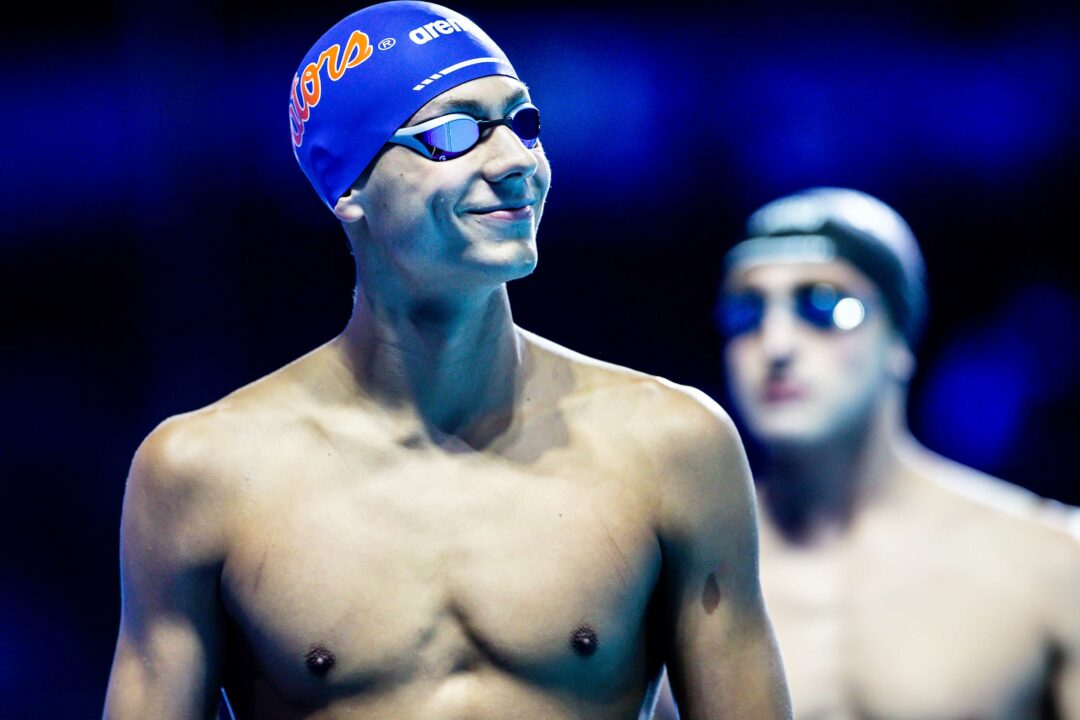 Gravely, who was named onto the 2022 US Open Water National team for placing second in the men's 10k, finished first in the men's 5k race. Archive photo via Jack Spitser/Spitser Photography

Gravely, being a top-six American finisher in the men’s 10k, qualified for the 2022 US Open Water National team from that race. Out of the top 8 in the 5k, Brennan’s brother Dylan Gravley, David Heron, and Simon Lamar  were also named to the national team from the 10k.

Although the senior 5k does not count towards U.S. qualification for the 2022 FINA World Championships and the 2022 FINA World Junior Championships, the race serves as a tie breaker for senior worlds. American swimmers are awarded points based on their finishes in the 10k National Championships and the 2022 FINA Marathon Swim in May, and the two swimmers from both the male and female category with the most points will qualify for worlds. However, if there is a tie in terms of points between two swimmers, the swimmer with the higher place finish in the 5k will have a higher ranking.

Every American swimmer in the top 8 was also in the men’s 10k race, which means that if there was a tiebreaker between any of them, their placing in the 5k race could potentially determine whether they qualify for World Championships or not.

Times don’t matter in open water they really just indicate how hard the course is.

Simon Lamar was disqualified for an illegal suit.

So now with Gravley holding down the 5-10k, Florida has the fastest men in the country from the 50 free to the 10k.

and with Sims and her 5k win, Florida has the fastest women in the country for every freestyle but the sprints and the 10k.

Gator yardage paying off for him.