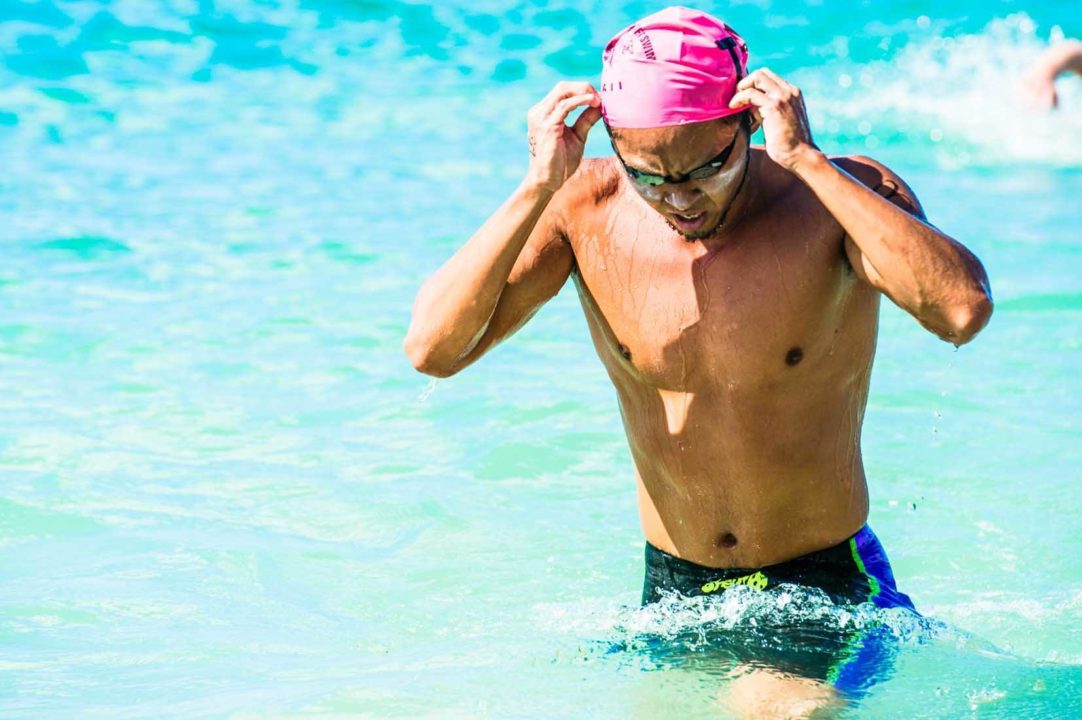 Carrying on the tradition of success among Japanese breaststrokers, Ippei Watanabe rocked a new Olympic Record in the men's 200 breast semifinals tonight. Watanabe was the top qualifier for finals, posting a 2:07.22. Archive photo via Mike Lewis/Ola Vista Photography

Carrying on the tradition of success among Japanese breaststrokers, Ippei Watanabe rocked a new Olympic Record in the men’s 200 breast semifinals tonight. Watanabe was the top qualifier for finals, posting a 2:07.22. That swim cleared the previous record of

Much like the up-and-coming generations of Americans like Litherland, Bentz, and Kalisz who looked up to Phelps and followed him into IMs and versatility, Watanabe is part of a generation of Japanese breaststrokers inspired by the likes of the legendary Kosuke Kitajima. Before he announced his retirement earlier this year, Kitajima was known as a force in the breaststroke races after he won back to back Olympic gold medals in both breaststroke races at the 2004 and 2008 Olympics.

Though he didn’t advance to the semifinals in the 100 breast earlier in the meet, he will have a shot at bringing the Japanese to the top of the Olympic podium again in tomorrow night’s 200 breast final. It’ll also give him another chance to chance to chase the World Record, which was set at 2:07.01 by Japan’s Akihiro Yamaguchi in 2012.

Watanabe wasn’t the only Asian swimmer to break a record tonight. Also setting a National Record today was Singapore’s Joseph Schooling , who sprinted his way to a new Singaporean National Record in the men’s 100 free. He hit the wall in 48.27 to lower his previous record of 48.58 from the 2015 SEA Games.

There were 2 medals won by Asian swimmers tonight, with one individual medal in the men’s 200 fly and a relay medal in the men’s 4×200 free relay. In the 200 fly, 19-year-old Masato Sakai nearly beat Michael Phelps, establishing hmself as the leader of the next generation of 200 butterfliers. He was just hundredths shy of gold, finishing in 1:53.40 to Phelps’ 1:53.36.

In semifinals action, 5 Asian swimmers advanced to the finals of their respective races. The Chinese women, Yilin Zhou and Yufei Zhang, both qualified for the 200 fly final with a pair of 2:06s. Taking 1st and 2nd in their heat, Zhou finished in 2:06.52, just touching out Zhang’s 2:06.95. Japan’s Hoshi Natsumi qualified 4th between them with a 2:06.74.

Aside from Watanabe, Japan will have another finalist in the men’s 200 breast final. His teammate Yasuhiro Koseki also made it to the final, qualifying 4th with a 2:07.91.