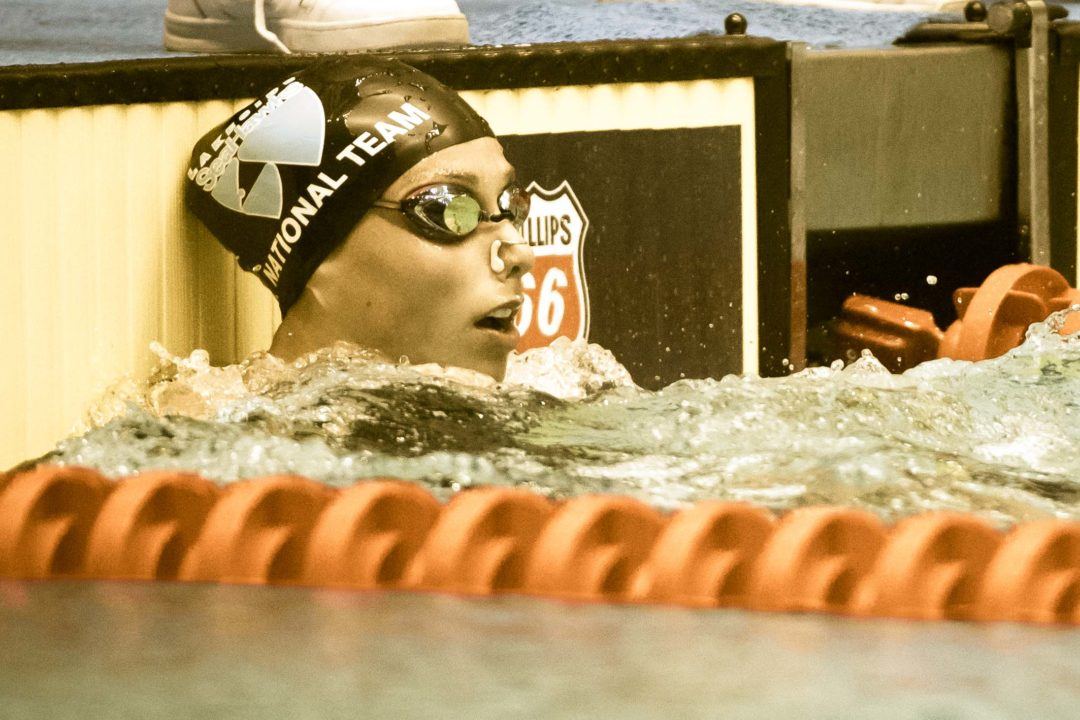 On the third and final night of competition, U.S. National Teamer and Kentucky Wildcat Asia Seidt threw down a 2:12.63 in the 200 back for the win over teammates Ali Galyer (2:15.05) and Bridgette Alexander (2:18.32). While well off her season best of 2:10.00 set at the TYR Pro Swim Series in Indianapolis last month, that time puts her in striking distance of what her counterparts put up at the Pro Swim Series in Santa Clara on Friday night. Seidt narrowly missed a spot on last summer’s World Championship team in the event by finishing 3rd at the National Championships (2:08.99) – just behind teenage phenom Regan Smith (2:08.55).

In a continuation of his strong performances over the weekend that included wins in both the 100 and 200 back, Louisville Cardinal Nicolas Albiero picked up the win in the men’s 200 backstroke with a 2:02.01 – clipping his short-lived lifetime best of 2:02.25 set last month at the Pro Swim Series in Indianapolis. Just like Seidt, that performance would have made the A-final in Santa Clara this weekend.

Former American Record holder and U.S. National Teamer Mallory Comerford was also in action in her marquee event – the 100 freestyle – where last summer she held the American Record for a short time. She claimed the victory handily in 54.57 – her 5th-fastest personal performance of the year. For the sake of comparison, current American Record holder Simone Manuel won the same event in Santa Clara Saturday night with a 53.85.