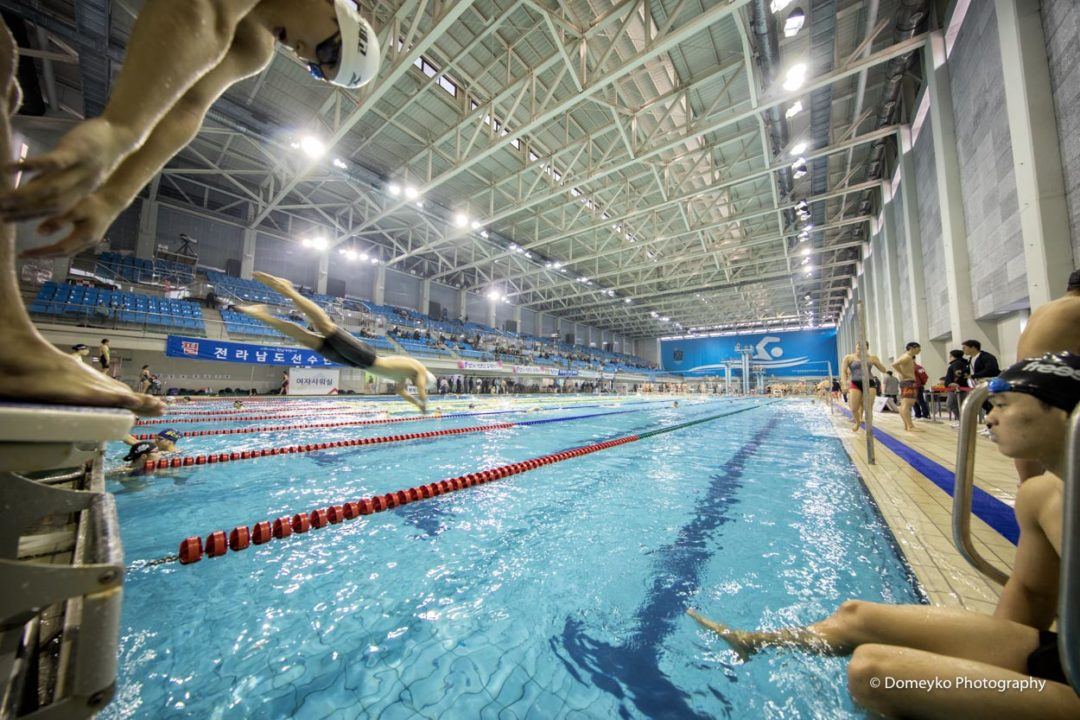 We’ve seen impressive performances by teenagers throughout the first five days of these 2022 FINA World Championships.

However, yesterday we also saw our youngest pool swimming competitor yet here in Budapest, Moon Sua representing the nation of South Korea at just 13 years of age – younger than some of the existing World Records.

Moon is not just here as a ‘swimming tourist,’ either: Born on November 2, 2008, Moon Sua raced her way into the women’s 200m breaststroke semi-finals after clocking a time of 2:27.91 in the heats. She followed that up with a much quicker mark of 2:26.64 in the evening session, just missing the final.

Her semi-final time surpassed the 2:27.90 she registered to win the event at the Korean Trials this past March and falls just shy of her lifetime best of 2:25.48.

After her prelims performance, the teen told FINA, “Other than the time itself I was really excited to race next to Lilly King and see Caeleb Dressel in real life so that experience itself was really exciting and I am happy to be here to do that.

“I really wanted to see Lilly King in person. I haven’t had a chance to get a picture with her yet but I am waiting for the opportunity.” (FINA)

“I really wanted to see Lilly King in person. I haven’t had a chance to get a picture with her yet but I am waiting for the opportunity.”

Awww that’s so adorable! I hope she tracks Lilly down (or vice-versa) and gets a photo!