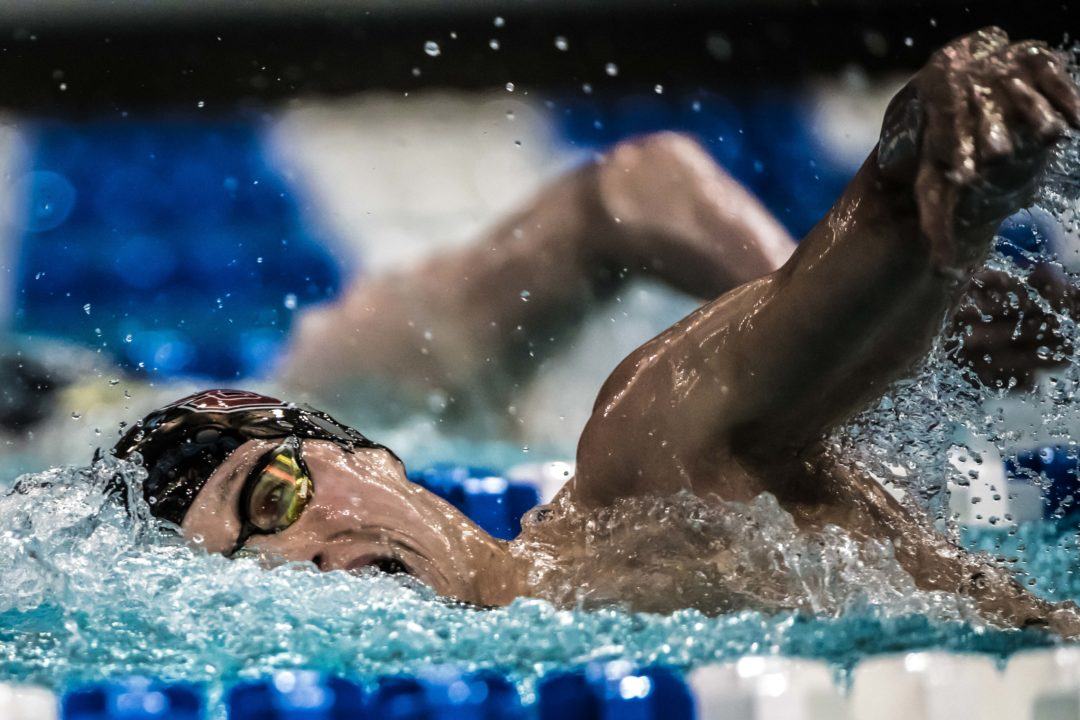 Ipsen clinched the 800m free tonight in a speedy 7:49.64, becoming the first Danish man ever under 7:50 in the event. The former NC State standout’s time tonight overtook the previous NR held by Mads Glaesner at 7:51.24, which he clocked at the 2009 supersuited World Championships.

Splits for Ipsen in tonight’s 7:49.64 record-setting race are below:

At the 2018 European Championships, Ipsen earned a time of 7:54.34 to finish in 11th place and out of the finals. Prior to that, at the 2017 World Championships, Ipsen logged a slightly faster 7:53.37 for 12th. That time represented Ipsen’s personal best, so his sub-7:50 time this evening obliterated that career-fastest outing.

Ipsen now ranks #6 in the world rankings. Additionally, his time qualifies him to race this event at this summer’s World Championships, easily dipping under the 7:54.31 QT.

What even is this comment? Compared to who? You? I’m sure he is way better than you.

How many NCAA championship victories are required to be considered good in your world? Unless you were going for humor and missed it’s hard to understand how an NCAA champ and top 10 in the world isn’t Good.