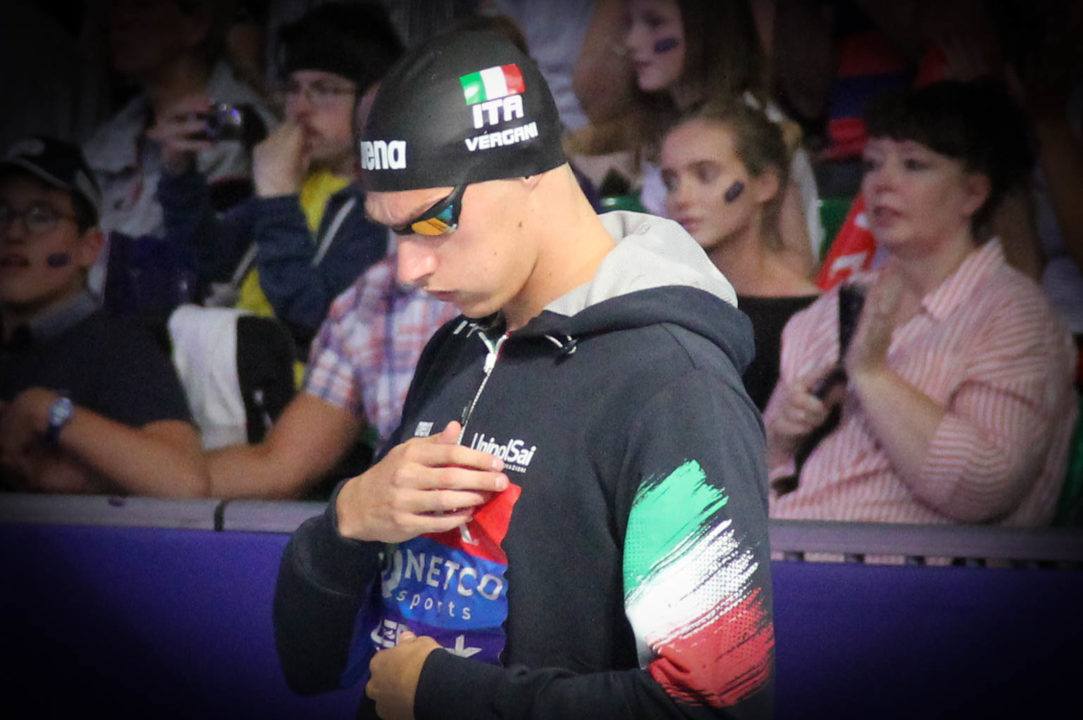 Emerging sprinter Andrea Vergani of Italy will have his National Anti-Doping Tribunal hearing on June 6th of this year at 9:30am. Archive photo via Giusy Cisale

You can read our original report in Italian on SwimSwam Italia here.

Emerging sprinter Andrea Vergani of Italy will have his National Anti-Doping Tribunal hearing on June 6th of this year at 9:30am.

He has been on temporary suspension by Italy’s Anti-Doping Federation, NADO Italia, since his positive test was revealed.

Just imagine if they tested every 21yo swimmer for cannabis…

“I got high and forgot I wasn’t supposed to get high!!!!”

I understand that some people are super gungho about their marijuana, and can’t imagine living in a world where anybody is criticized for smoking pot, and that’s fine, smoke your pot…but saying “cannabis isn’t a drug” is at best a lie and at worst misinformation.

If it weren’t a drug, it wouldn’t make you feel so good when you smoke it, and you wouldn’t be so gungho about protecting your own right to smoke it.

thanks for setting me straight. Pun intended.

Going down in a blaze of glory.

I just laughed at the title of the article itself. Andrea Vergani’s “Doping” Hearing…it works on 2 levels.