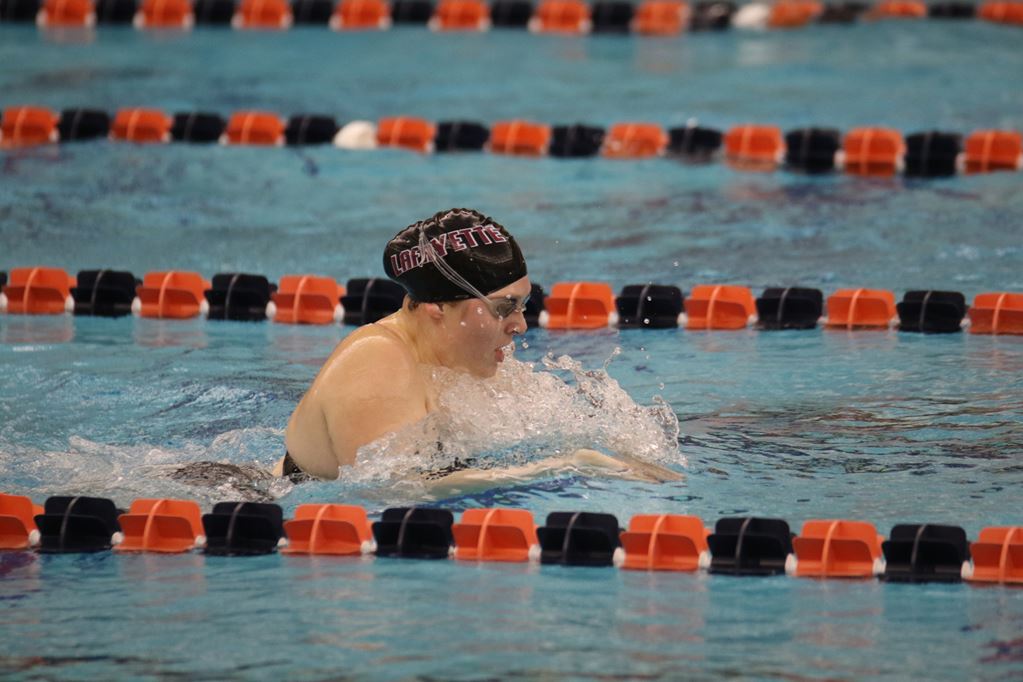 Senior swimmer Reeve Lanigan has been selected as the 2019 winner of the George Wharton Pepper Prize, which is given out annually to the Lafayette senior "who most nearly represents the Lafayette ideal." Current photo via Lafayette Athletics

EASTON, Pa. — Senior swimmer Reeve Lanigan has been selected as the 2019 winner of the George Wharton Pepper Prize, which is given out annually to the Lafayette senior “who most nearly represents the Lafayette ideal.”

The award was established in 1923 by George Wharton Pepper H’22, a United States Senator from Pennsylvania, an attorney, and a founding member of the Pennsylvania Bar Association. Recipients reflect Sen. Pepper’s vision of a well-rounded, educated member of the senior class who adds to a sound academic record noteworthy participation in college activities and student life, which contribute to the advancement of the College on and off campus. Academic brilliance or athletic prowess alone is not the criterion.

Lanigan who was a four-year member of the women’s swimming team holds a double major in Government & Law and Women’s & Gender Studies. She was one of three student-athletes among the 10 Pepper Prize finalists, joining Andrew Chuma of the football team and My’Kela Dickerson who was a member of the cheerleading team. The last student-athlete to win the award was Cory Spera in 2015.

“The team and I are very excited for Reeve to win the Pepper Prize,” said Lafayette head swimming and diving coach Jim Dailey. “There was a tremendous amount of work and time that went into being a candidate for this award. The nomination form for the Pepper Prize was outstanding but that doesn’t give anyone the true picture of the commitment and dedication it takes.

“Reeve won this award not because she took every opportunity presented to her by the academic, athletic and community arenas rather, she won it because she created opportunities for others to become more deeply involved in the academic realm, athletic teams and campus community. Reeve is leaving a legacy to be continued on at Lafayette”

Lanigan, who is an EXCEL Scholar, was a co-founder and member of the executive board for Pards Against Sexual Assault (PASA), a campus peer education group dedicated to ending sexual violence through advocacy programming and peer workshops. Lanigan will seek her master’s degree in Criminal Justice and Penal Change in Scotland through the St. Andrew’s Society of the state of New York Scholarship which offers a one year fully paid post-graduate opportunity in a field of the recipient’s choosing.

The results of the Pepper Prize voting were made public this morning in The Lafayette, the College’s student newspaper.

Awesome for Reeve! And really great to have a coach who is so supportive of the “Student” side of the Student-Athlete equation! Go Pards!