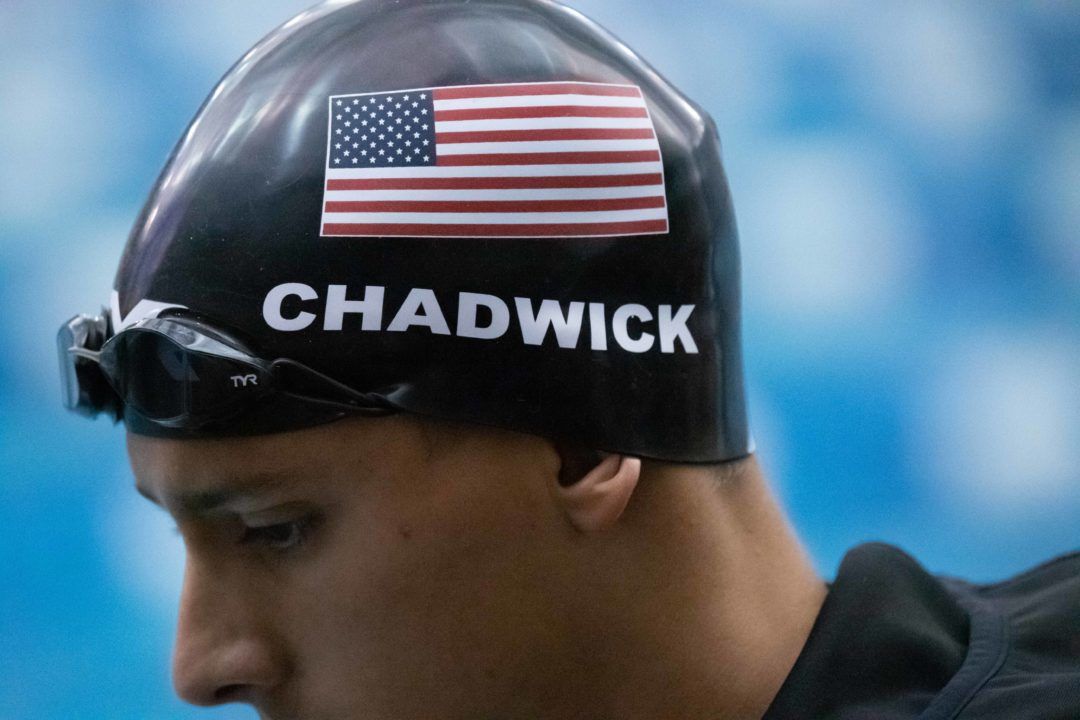 The American men set another relay world record in the men's 4x50 free in a time of 1:21.80. Archive photo via Mike Lewis/Ola Vista Photography

The American reign in the relays continued to open day 4 finals in Hangzhou, as Caeleb Dressel, Ryan Held, Jack Conger and Michael Chadwick teamed up for a new world record in the men’s 4×50 free relay.

Despite the record, this isn’t the fastest relay in history. The French team swam a time of 1:20.77 at the 2008 European Championships in Rijeka, Croatia, but FINA never recognized as it as an official world record. That was the team that had the only two sub-20 legs in history from Fred Bousquet (19.87) and Amaury Leveaux (19.93). It’s interesting to not that their swim is also listed as the European Record despite not counting as the world record.

TEAM USA continues that relay dominance, both men, women, and mixed relays!
What a great set piece for Tokyo 2020!!

Yes we’re dominating so far. But we are also benefiting from the absence of a strong British in like the medleys.

And the women’s Australian relays.

Why do you think he’s in 18.3 form? He went 20.4 in the 50 free which is less than two tenths from what a monster called Manaudou went and they both have the same time in LCM. I’d love to see Morozov or Florent in his prime try out a 50 SCY, they would most definitely rival Dressel. Keep in mind Gkolomeev was a 18.6 swimmer and can barely go under 21 in SCM.

Dressel has dominated Morozov’s times in both SCY and LCM. Why would SCM be any different? And if 18.6 is indeed equivalent to a 21.0 SCM as you say, then Dressels 17.6 would roughly mean he should be going 20 flat in the 50 SCM. Don’t try and tell me that this Dressel at this meet is on the same level as peak NCAAs Dressel, it’s simply not true.

He has dominated his times in SCY from 5 years ago, not now, in LCM he is a better swimmer. If Morozov swam yards now he´d be at Dressel´s level as he is as explosive as Dressel.
For your second point SCY is less distance meaning the difference between both will be different and would indicate Dressel should be, at best at WR time, he is less than two tenths from it so it´s pretty spot on.
Why is he not on the same level? Do you think he´s better than Manaudou in short course? Does he have a better start? Tandy and Morozov kept up with him today. Better underwater? Nobody is better than Manaudou as he… Read more »

Lol you’re delusional. First off, Murphy is the World Record holder in the 100 back LCM. I don’t know what you are trying to say about him, especially when he won the 100 back here anyway.

Lol, what a bunch of crock.

I meant Dressel>Morozov in LCM, hence why I refer to yards after that…Try and argue the rest of the points fan boy.

For Murphy he won the 100 back by 0.03, lost the 50 back and will most likely lose the 200 back to Rylov. By the way, I hope Russia put Rylov in the 4×100 medley as he will most likely be faster than Kolesnikov.
My point is In NCAA´s Murphy and Dressel thrashed everybody for four years straight, here they are some of the best swimmers, but not the best as you all envisioned.

Fun fact: the UNOFFICIAL WR was set exactly 10 years ago (to the day!).

Leveaux 19.93 with a 0,4 RT is very impressive. Did they have the real rubber suit here? The one that Biedermann and company wore at Rome.

Think back end of ‘08 was still LZRs.

They still had a significant impact in the sprints, guys like Bousquet and Bernard were absolutely jacked and the LZR seemed to allow them to translate 50 speed to the hundred (Eamonn Sullivan the same but skinnier).

Probably. That entire French relay benefitted heavily from the super suits. Big, muscular, dense bodies that relied on the suits to retain an aerodynamic shape and to float on top of the water. I’m glad the super suits are gone for this reason, forces athletes to have more balanced physiques.

Bousquet was a world class sprinter, with or without the so called “super-suits”. He was the first guy under 19 in the 50 Y free in 2005 (NCAA). Let’s not rush to demean the amazing performances of an entire decade just because there was a bit more fabric covering skin.

Leveaux was wearing TYR I think. But the chat at the time was that he was wearing 2 of them for extra compression and “effectiveness”.