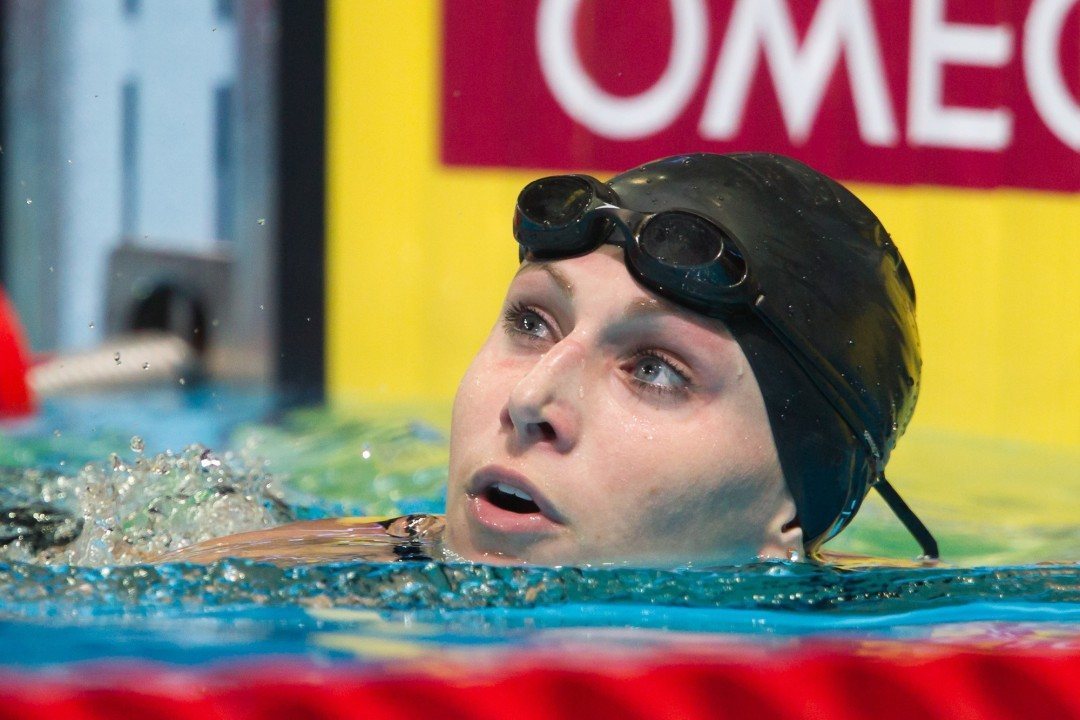 While not a sanctioned USA Swimming national championship, the American SC Champs serve as a last chance meet for NCAA Champs hopefuls, a tune up for the pros, and a high-profile competition for age groupers. Due to what’s been called a “plumbing leak,” the meet has been relocated from Austin to San Antonio. Nevertheless, day 1 kicked off yesterday, with several standout swims from the first finals session of the meet.

Auburn commit Carly Cummings of Badger Swim Club won the women’s 200 IM in 1:59.13, the only sub-2:00 time of the field. Though she was absent from the SEC Championships last month, University of Missouri star Katharine Ross went a 2:01.70 to place 11th in this event. Ross would’ve contended for SEC titles in multiple events, but pulled out of the meet.

UVA commit Kyla Valls of Miami Swimming and Stanford commit Lauren Green of QuickSilver both swam sub-23 in the 50 free, with Green doing so in the individual event finals (22.89) and Valls doing so leading off her team’s 200 free relay (22.87). That’s a new best time for Valls whose previous best was a 23.03. Eva Merrell of Aquazots was 23.13 leading off her team’s 200 free relay, 23.14 in the individual event, and then split a 53.42 on her 400 medley relay swimming fly.

The Texas A&M men won both relays, while the Aquazot women did as well. There weren’t any times from NCAA swimmers that look strong enough to be considered for an NCAA bid yesterday.