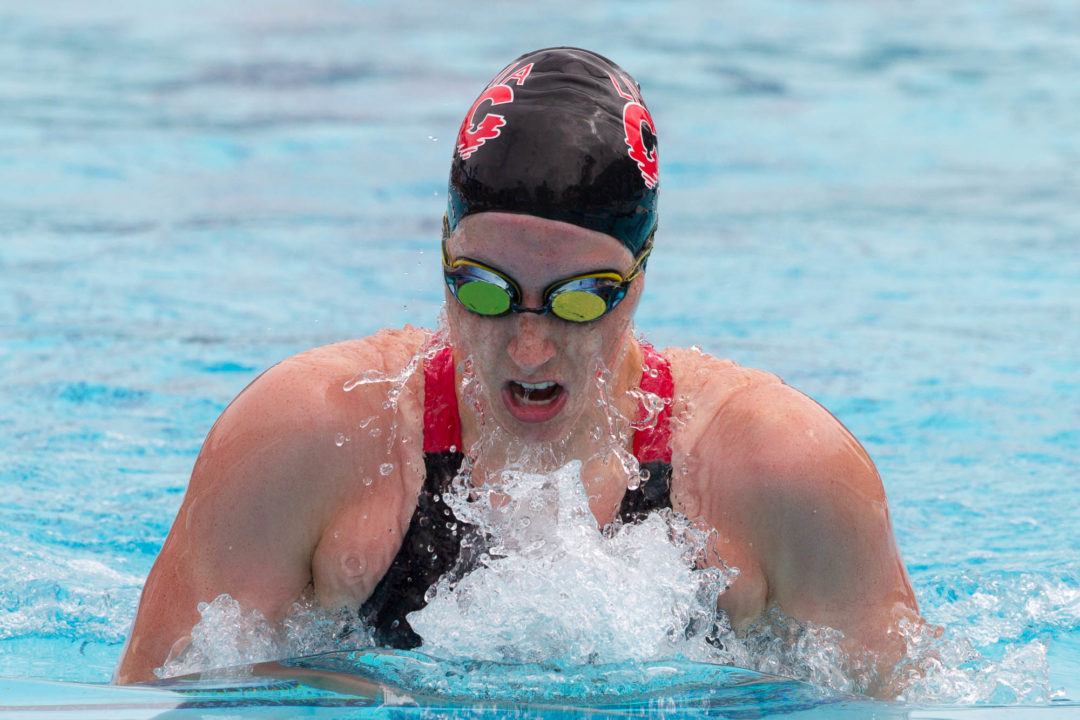 On the eve of the beginning of the 2017 SEC Swimming & Diving Championships, a final pre-meet edition of the psych sheets has been released.

The latest release, done after Monday’s coaches’ meeting, doesn’t force coaches to cut their swimmers’ schedules down to the maximum allotted 3 individual events. Coaches don’t have to scratch swimmers out of individual events until the night before each of the 5 days of the meet, meaning that we’re no closer to knowing which of Dressel’s 6 entries he’ll actually swim.

Coaches did, however, have to cut their entries down tot he maximum of 22 roster spots (with no more than 19 swimmers).

We did a comparison of the initial psych sheets to the latest version, and found only a single change among top 16 swimmers. Missouri senior Katharine Ross has been scratched out of what would have been the last SEC Championship meet of her career.

With Ross gone from the psych sheets, Texas A&M has the top 5 seeds in the women’s 200 breaststroke and 6 of the top 7.

Missouri’s next-fastest 100 breaststroker in the regular season was sophomore Iliana Jones, who swam 1:04.14 in the team’s mid-season invite. In fact, she’s Missouri’s only sprint breaststroker entered in the meet now – seeded 39th in the 100. The Tigers also have just a single entry in the 200: senior Ellie Suek, seeded 33rd in 2:16.18.

Ross’ 59.54 in the 100 breaststroke is well under the time it took to get invited to last year’s NCAA Championships, and should be good enough to earn an invite to this year’s meet as well – she’s ranked 10th nationally.

Update: Missouri’s staff has confirmed that Ross is missing the meet because she’s sick, meaning that she should be available for NCAAs.

The other big change was that Georgia had to make tough choices about its deep diving crew, and they opted to drop sophomores Madison Duvall and Allison Greene from their lineups. Greene, a platform specialist, had the 6th seed on that event, and Duvall, a springboard specialist, was ranked 5th on the 3-meter and 11th on the 1-meter. Both divers could end up at the NCAA Championships anyway if they perform well at the upcoming zone qualifying meets.

Editor’s note: diving seeds are based on scores, but diving scores are less objective than swimming times, and therefore less comparable across competitions. Take the seeds with more than a single grain of salt, but without too many.

was she dealing with injuries?