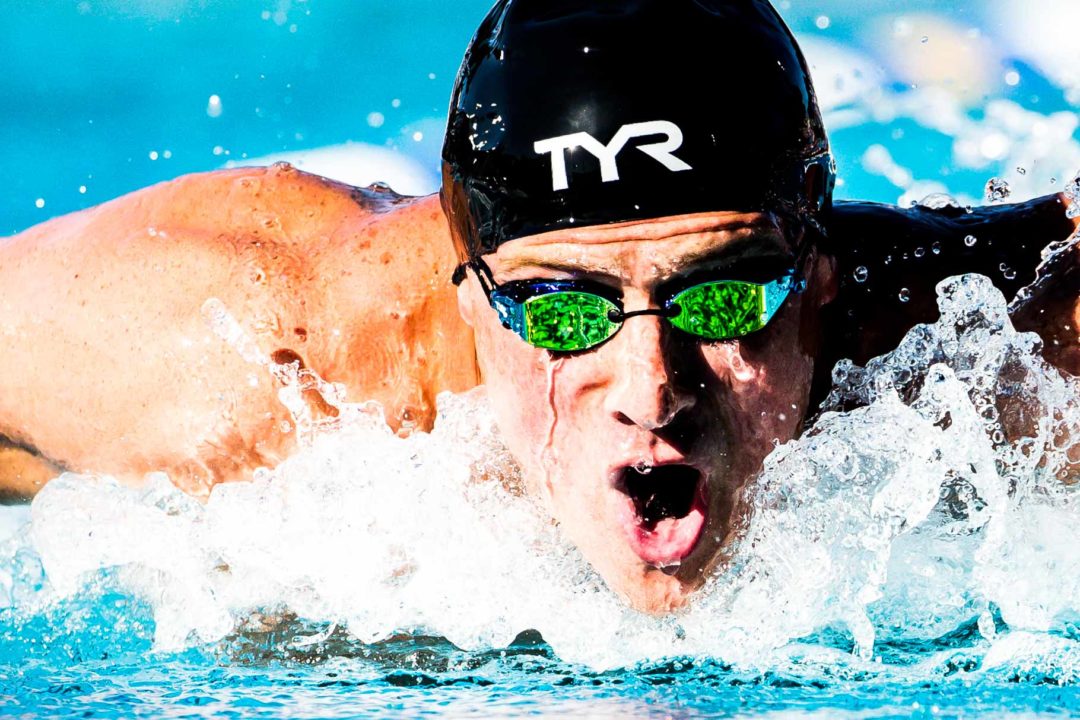 The Richmond site of USA Swimming’s January Pro Swim Series event will feature a much more age group-heavy field compared to San Antonio, but there’s certainly no shortage of talent or intrigue.

It’s important to note that, though the two meets fall under the same umbrella, no prize money on the line means the combination of the two sites ultimately isn’t that important. It seems as though USA Swimming will simply produce a combined results document at the end of each night of finals, and the prelim results from both sites won’t affect the other in terms of who advances to swim at night.

For all of the links for the San Antonio meet, click here.

The meet will follow the same timeline as San Antonio, with the only difference being that it will start an hour earlier in the morning due to the time difference. Finals, however, will start at 7:00 p.m. Eastern Time in Richmond to run simultaneously with San Antonio’s 6:00 p.m. Central start.

Update: Due to scratches, the men’s and women’s prelims will now be combined, rather than separated as had previously been reported.

You can find the updated timeline here.

Per USA Swimming, all sessions will be streamed live on its website.

While results from San Antonio will be available via Omega Timing, results from the Richmond site can be found on Meet Mobile.

You can find the meet in the app under the following name: “2021 TYR Pro Swim Series – Richmond.”