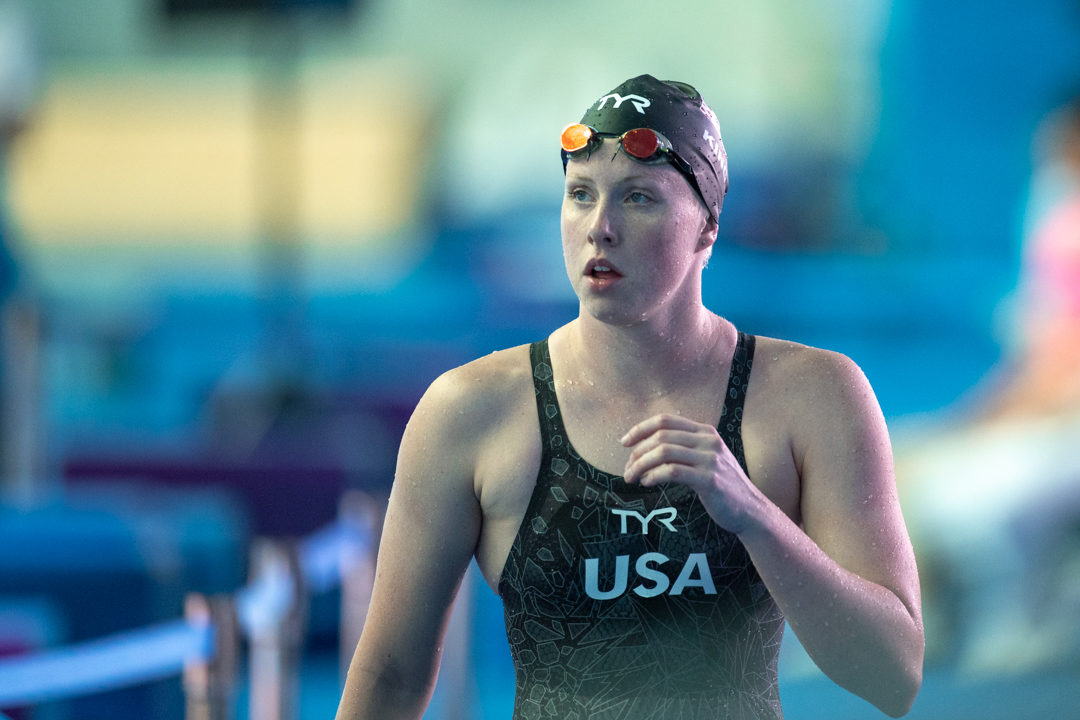 Everything you need to follow along with this weekend's Pro Swim Series event from San Antonio. Archive photo via “Rafael/Domeyko Photography”

The first Pro Swim Series meet in 10 months is set to kickoff on Thursday, with USA Swimming holding a two-site meet from both San Antonio, Texas and Richmond, Va.

While the two sites are both officially the same meet, the fact there is no prize money on the line makes their relation not entirely relevant. It appears as though prelims results will not be combined, and any official combined results won’t be done until the conclusion of each day. SwimSwam will provide nightly combined results as well.

This article will detail how to follow along with the San Antonio meet specifically.

The following three days will feature the women’s preliminaries beginning at 9:00 a.m., followed by a 90-minute break before the men’s prelims. Per the meet’s pre-scratch timeline, the men’s prelims are expected to start at 11:38, 11:52 and 11:31 a.m., Friday through Sunday, respectively.

Other than Thursday, finals will begin at 6:00 p.m. Central every night.

You can find the pre-scratch timelines here.

USA Swimming has informed SwimSwam that the meet will indeed be livestreamed on the USA Swimming website, along with additional finals broadcasts live on the Olympic Channel.

Friday, Saturday and Sunday night finals will be live on the Olympic Channel 6-7:30 Central Time, while both Friday and Sunday night will have tape-delayed finals on NBCSN from 12:30-2:00 and 1:00-2:00 a.m. Central, respectively. You can find the full broadcast schedule here.

The details regarding streaming on USA Swimming’s site have yet to be released, though in recent years they’ve had prelims and ‘B’ finals on the site with ‘A’ finals on the Olympic Channel.

Results will be live via Omega Timing throughout the meet.

How do you access live results. It just shows a MIS Swimming site requiring a user and PW?

THANK YOU for gathering all the information about this meet in one article.

So I guess Richmond will not be live streamed either? Great promotion job USA swimming

Awaiting confirmation, but it looks that way.

USA Swimming can’t manage a Livestream of a ProSeries meet when every club in the country has mastered it for every meet including intrasquads? What a freaking joke!

Unreal!!! No spectators and now we can’t even watch a livestream!!!

USA Swimming says all of the action will be livestreamed on its site in addition to the Olympic Channel broadcasts, so some good news there.

All of the action? Or will we have a “paywall for A finals” typa deal going?

I’m looking through the ‘Live Events’ section on the Olympic Channel but I don’t see it scheduled. Is there something I’m missing? Or is it that it hasn’t been put up now?