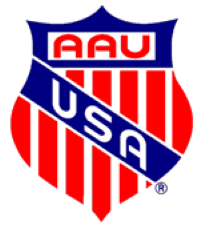 This week the Orange County Convention Center in Orlando, Florida is playing host to the AAU 2020 Junior National Volleyball Championships. The tournament is expected to host roughly 17,000 athletes and staff throughout the various age groups and genders. Competition begins July 15th, with games wrapping up on the 22nd. This tournament is by far the largest sporting event to take place since the beginning of quarantine in March.

Lee Feinswog, the co-publisher and editor for VolleyballMag.com told Swimswam:

“AAU nationals could be the litmus test for the volleyball world. If things go well and three weeks later all the teams are healthy and coronavirus-free, it would be a tremendous success. But if not? Yikes.

The fact that it’s in Florida, which is trending in the wrong direction in a big way, is pretty scary. Personally I wouldn’t go, nor would I bring a team or my own kids. But I hope it turns out well for everyone in our sport.”

This is actually a scaled-back version of the tournament reducing the normal 3,000 teams to about 500. The event is still expected to have a $15 million economic impact on the region. Orange County and the state of Florida combined have committed $150,000 toward the event’s organization, according to The Orlando Sentinel.

This tournament comes as many colleges across the country are moving to cancel fall athletic competitions. Conferences such as the Pac-12 and Big-10 have already shifted fall sports to conference only competition. Joining them in altering fall sports, Kenyon College, along with the Centennial and PSAC conferences have canceled all athletics for the fall.

Last month USA Swimming announced that they would begin allowing sanctioned competitions to begin during July, albeit under certain restrictions. While teams are allowed to begin competition this month, they are limited to competing only against teams within their LSC. Furthermore, any time that is swum cannot be used for qualification for any meet above the LSC level.

Other sporting events and leagues have begun nearing the resumption of competition, including the NBA nearby at Disney and MLB. Unlike these professional leagues, however, the AAU’s tournament exists on a much larger scale with fewer resources available.

While the tournament will have large numbers of participants, rules were put in place to limit the number of people in the facility, as well as to protect those who are there. Each team is limited to 15 athletes, 5 bench personnel, and 10 chaperones. As well as the limited number of people allowed with each team, the tournament will only provide one referee for each match, with the teams expected to provide a second one. The tournament also won’t be allowing international teams to participate.

The AAU will also be attempting to limit the interaction between players and minimizing the time spent with athletes not wearing a mask. Athletes will be required to enter on one side of the facility and exit on the other to maximize social distancing. The facility will also not provide any water, requiring each athlete to bring their own if they wish.

The convention center reduced the rental fee by over 90 percent, or over $1 million, in order to ensure that the tournament is able to take place. The county was placed under pressure from community business owners, whose income is largely based on large gatherings at locations such as the convention center, to resume encouraging tourism to the area.

This comment section is insane, believe what you want to believe … but everyone just wear a friggin’ mask. Our children have sacrificed so much, hours of time in the pool to miss out on championship meets last spring, senior seasons they will now maybe miss entirely, experiences they will never have. What is wrong with you people, just wear a mask, and shut up … really it is literally the least you can do.

maybe they could of reduced it down to 1,000 participants/parents/coaches? 17,000 is one hell of a litmus test. Also highly difficult to manage. I remember attending d3 nationals in Indianapolis in the midst of a 25,000 strong volleyball tournament. Even in a city meant to host big events like that, I remember restaurants, malls, and shopping centers being absolutely swarmed. Can’t imagine keeping everyone following best practices for Covid safety in that environment.

Can’t wait to see what comes of this event.

Somebody had to emerge from the basement, just as well be some volleyball players.

This will all be over around November 3rd.

FLOATER…you have NO IDEA how accurate a statement that is! Doesn’t matter who wins…restrictions will be lifted either way…no party will remove them faster than the other…but either way…they will be lifted!

Why is England in lockdown? Why is (fill in the blank with about 100 other countries) in severe restrictions? To prevent Trump from getting re-elected? The world is in on it? Interesting…

Hulk Swim. Is it that hard to imagine why this might be politicized on a worldwide level? Is that really a stretch? Leaders love crisises and groupthink is a well established phenomenon.

Is it that hard to imagine CCP pushed out a ton of propaganda on Twitter advocating lockdowns in early March?

and yes, the election in US could definitely be amplifying things here.

You are so far gone, man. I don’t even know how to respond. Yeesh.

We are faced with a virus with a 998 out of 1000 survival rate. We have done harder things before. We can only be free of this plague by remembering something we have always known: neither we, nor our favorite politicians, have control over death.

Wake up Hulk. Some situations are a lose lose. We have to get past this sooner or later.

Agree with Nolan, either you let the virus burn itself out or wait out a vaccine, but it isn’t simply going to go away.

The only solution is herd immunity. It’s a lose lose. Our society is afraid of hard choices. We will get past this. We’re already on the way.

They may either all keep well & have a great time or win the Darwin award. In 2020 who can tell?