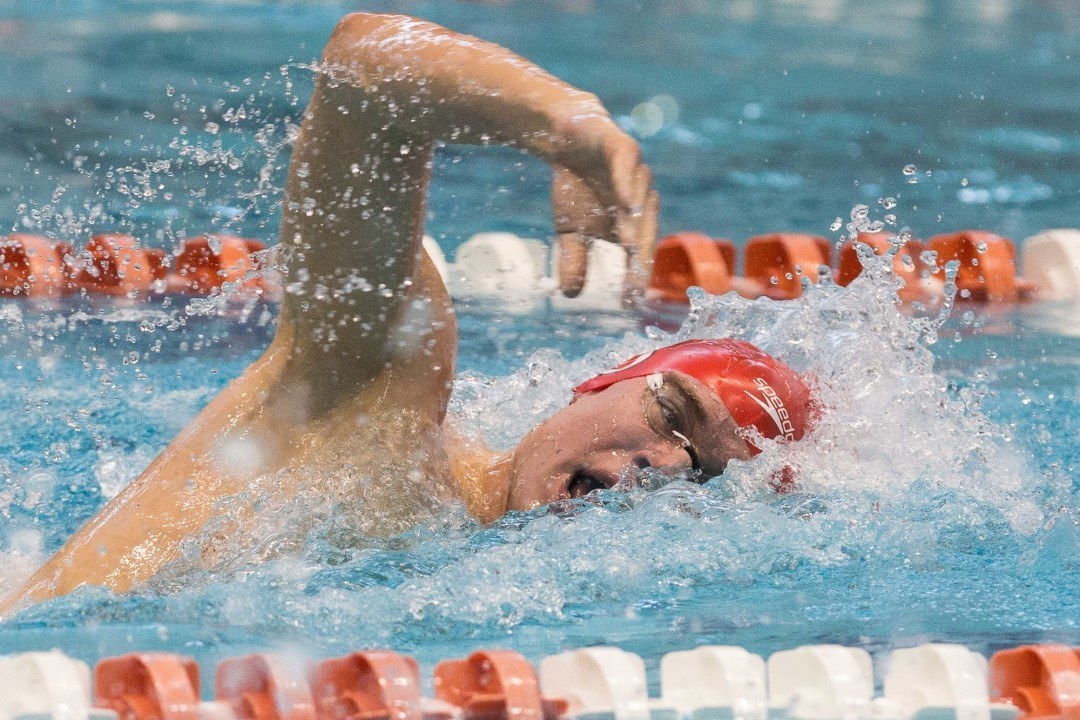 The University of Utah competes in their first meet against BYU in a relay only meet, led by head coach Joe Dykstra. Stock photo via Tim Binning/TheSwimPictures.com

Salt Lake City, Utah – The University of Utah swim and dive team, led by head coach Joe Dykstra, had their first meet of the season against their rival school, Brigham Young University. This meet had a lot of exciting and fun moments, from the showdown between BYU and Utah in several events to the 200 free divers relay. Though this meet wasn’t scored and won’t count towards the annual Deseret Dual meet (Jan. 23), 3 events counted towards the NCAA standards: the lead offs in the 400 free relay, the mixed 200 free relay, and the 500 free ladder relay.

Dykstra’s thoughts on the season opener:

1. What were you looking for in todays meet, and what was the most encouraging thing you saw?

2. Has anyone surprised you so far through the first few weeks of practice and the first meet?

3. Who needs to step up this year after the graduation of Nick Soedel?

4. How has the transition gone for Rhi Williams back into the pool after a year of running track?

The divers from Utah and BYU took to the pool as well and competed in the 200 free relay. A group consisting of Jacob Crayne, Lauren Hall, Nicole Ford and Connor Cain from Utah, took first (1:47.76) and Josiah Purss, Madison Cock, Olivia Payne and Keaton Quinn took second (1:49.70), with BYU coming in third (1:53.29).

The Utah women return to the pool next week, October 3rd, to host USC, while the men take a break. BYU will host its Alumni meet next Friday afternoon.