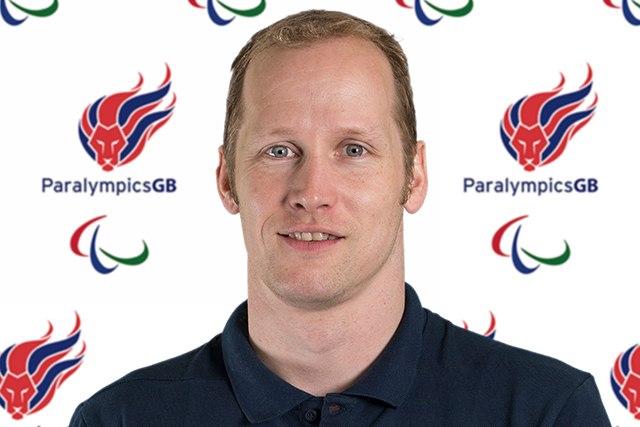 Sascha Kindred has competed at every IPC World Championship in swimming since they began in 1994. Archive photo via onEdition

Kindred won his first Paralympic medal at the 1996 Games, where he took a silver medal in the 100 breaststroke for SB7s in Atlanta. 4 years later, he exploded with a pair of golds (in the SB7 100 breaststroke and SM6 200 IM).

Kindred has competed at every single IPC World Championships since they began in 1994 and has astonishingly won a medal at every single one of them. His final tally is over 62 major medals in his career:

Kindred went out on top by winning gold in his best event, the 200 IM, at the 2016 Paralympics. He took top honors in that race in 4 of the last 5 Paralympic Games.

“After some long and hard decision making I have decided that it’s time for me to call time on what has been a successful swimming career,” Kindred said. “From learning to swim at 11 and making my major championship debut at 16 at the inaugural World Championships in Malta, I never dreamt of being an international swimmer for over two decades.

“Since swimming in Rio last September I had been very much focused on continuing in the sport that has given me so much, but over the last couple of months I have come to the realisation that the physical and mental demands to be an elite athlete are now becoming too much.

“I have witnessed ParaSport go from strength to strength and enjoyed being a part of that growth representing GB at six Paralympic Games.”

“Knowing when to stop a career is a very hard decision to make especially when it’s part of your life, but stopping with Paralympic Gold and a world record in the 200IM is very pleasing,” Kindred said.

“I would like to wish the current crop and future swimmers on the Para Swim team the best of luck and to enjoy every minute in the pool.

“I am now looking forward to the next chapter and enjoying time in the water with my daughter.”

Three-time Paralympic Champion Ollie Hynd, a swimmer that was mentored by Kindred, added: “I really want to say thank you to Sascha for being such a massive role model and inspiring figure for myself and all the para swimmers. He has always been professional and humble even with all of his success.

“What Sascha has achieved in the sport and the longevity he’s had is inspiring and he is and always will be a massive hero to everyone on the team.”

Kinda disgraceful that he had to fight British Swimming for funding then. All the best to him, but I’d retire too – para swimming is such a bloomin disaster !!