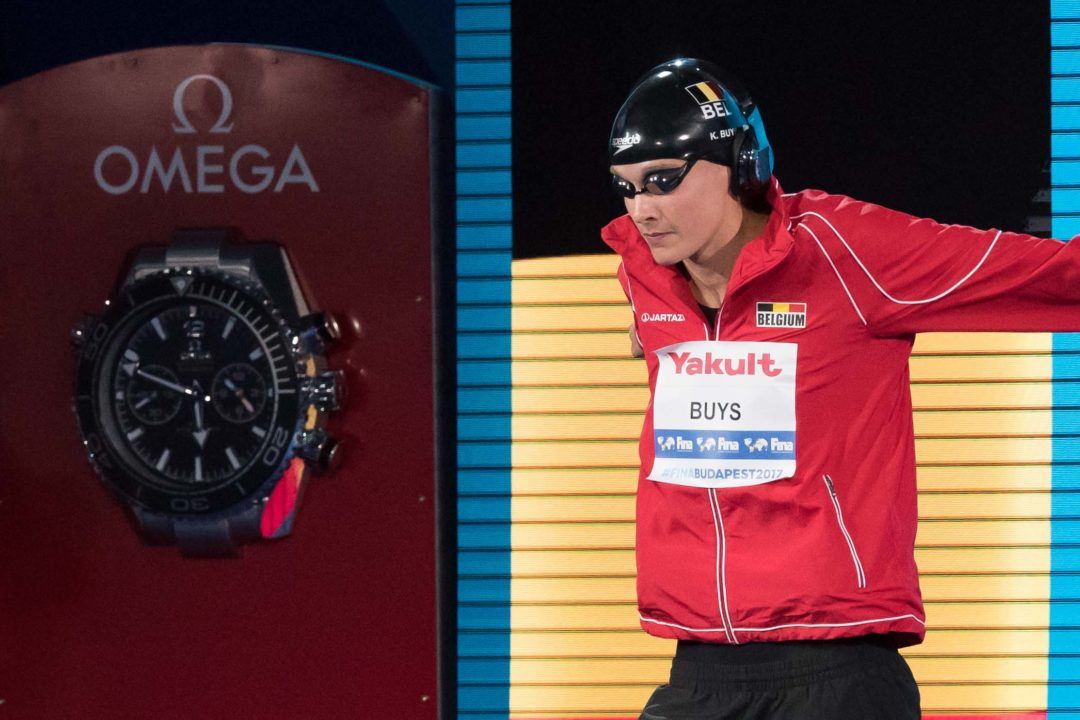 Although her time of 24.80 rendered Buys 13th and out of this evening’s final at the Pieter van den Hoogenband pool, her AM effort surpassed the previous national record of 24.88 set by Jolien Sysmans way back in 2012. In fact, her outing represents just the 2nd time Buys has dipped under the 25-second threshold in the SCM edition of the 50m free in her career, with her previous personal best and other sub-25 marked by the 24.97 logged in Edinburgh back in 2014.

What is remarkable about Buys is that the seasoned racer is 29 years of age and still managed to not only crank out a new personal best, but become the fastest Belgian woman ever in SCM 50m free. This checks-in as Buys’ 9th SCM national record, joining her previous national standards of 100m back/200m back, 50m fly/100m fly/200m fly, 100m/200m IM and 100m free. Her most recent record was the 100m IM logged in 2017 at the Berlin stop of the FINA World Cup Series.