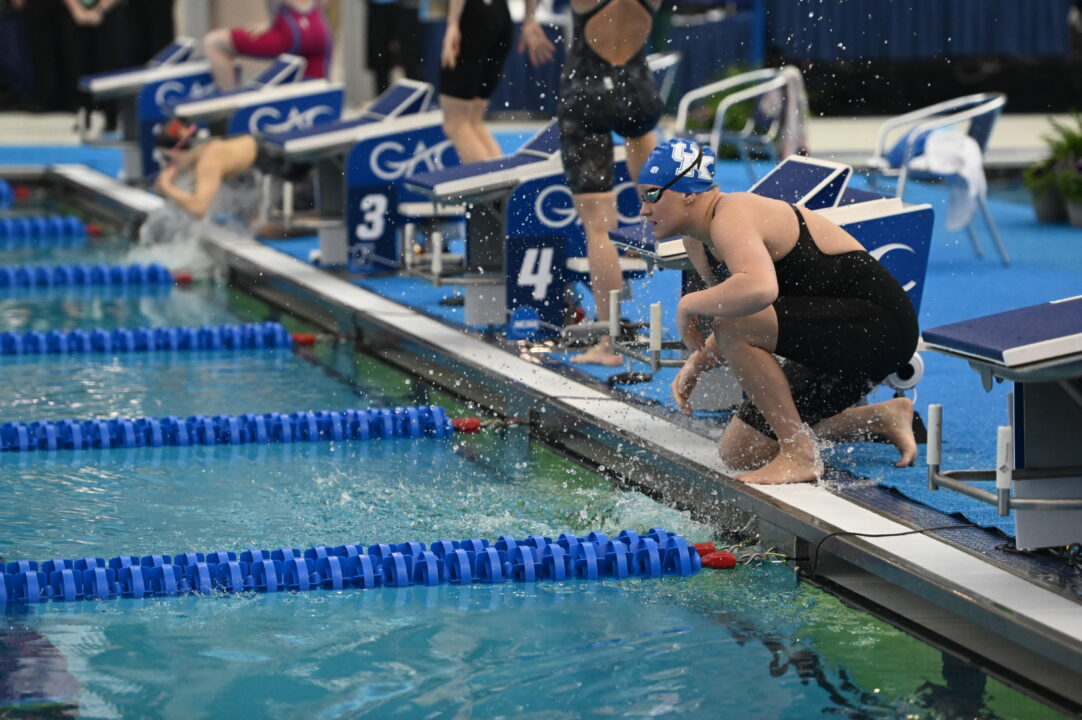 Kentucky's Kaitlynn Wheeler (pictured) posted the top time of the morning in the 500 free with a new personal best of 4:41.49. Archive photo via NCAA

Indiana’s Noelle Peplowski had the fastest 200 IM of the morning, clocking in with a 1:56.85. Kentucky’s Lauren Poole was second at 1:56.98. It should be a close race between Poole and Peplowski tonight, with Poole owning a best time of 1:55.42 compared to Peplowski’s best of 1:55.88. Ohio State’s Josie Panitz will be the third seed going into tonight, as she set a new personal best this morning of 1:57.13.

Indiana freshman Kristina Paegle grabbed the top seed in the 50 free with a big best time of 22.07. Her previous best of 22.38 was set at the Indiana High School State meet this past February. UCLA’s Claire Grover and Ohio State’s Amy Fulmer tied for second at 22.15. Katherine Zenick of Ohio State is one to watch tonight, as she and Fulmer are the only ones in the field with best times of under 22.0.

Virginia Tech’s Carles Coll Marti put up a dominating swim in the 200 IM this morning, earning top seed by nearly two seconds at 1:43.76. Behind him, four swimmers sit within half a second of each other, which should make for an exciting final tonight. Ohio State’s Alex Quach is second with a time of 1:45.39, followed by Indiana’s Jassen Yep (1:45.64), Ohio State’s Thomas Watkins (1:45.72), and Cincinnati’s Hunter Gubeno (1:45.64). Yep’s time marked a personal best by almost three seconds, while Gubeno’s swim was a best by over a second.