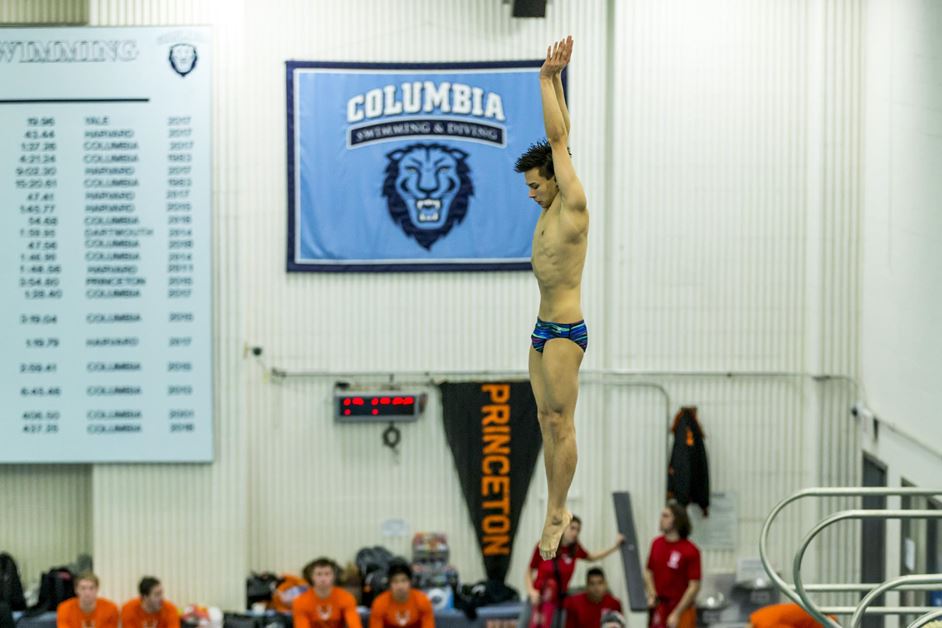 Diver Jonathan Suckow of Columbia led the field in the qualification round of 1-meter diving on Day 2 of the 2022 Men's Ivy Championships. Current photo via Columbia University Athletics: Mike McLaughlin

Yale will have two A-finalists in the 200 free on Day 3 at 2022 Ivy League Men’s Championships.

Princeton and Harvard both had big starts to Day 2, earning 20 and 17 spots, respectively, in tonight’s finals. Princeton loaded up with four A finalists in the 500 free and 1-meter diving and three in the 200 IM. Harvard stuffed the A final of the 50 free with four sprinters and had multiple top-8 swimmers in the 500 free (2), 200 IM (3) and 1m diving (2). Harvard also comes in seeded first in the relay, which scores double.

Brown outscored the psych sheet by 61.5 points, placing 13 swimmers and divers in finals. Also with 13 were Yale and Penn.

Remarkable first day for the Tigers. I don’t think anyone thought harvard would be challenged, but this is going to be a very interesting meet, probably decided by <40 points

Props to brown for a great start as well

With Harvard’s fifth years, I didn’t expect this to be a close competition. Princeton divers stepped up big time!