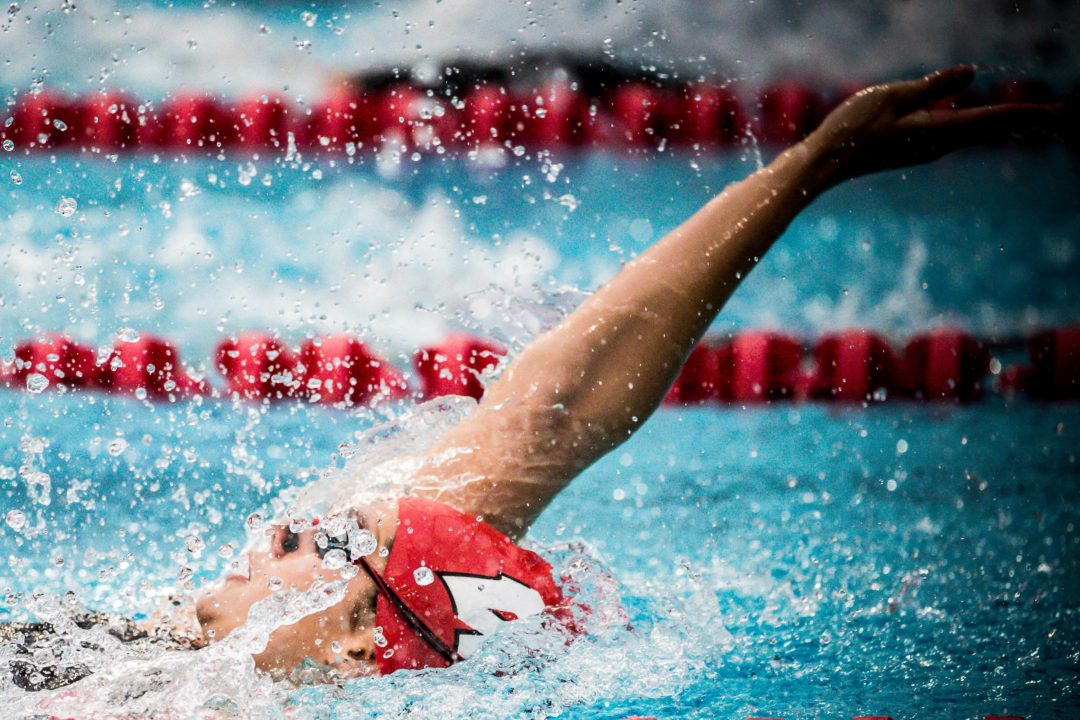 Beata Nelson stormed to the win in this event last year, erasing every record to become the fastest female 100-yard backstroker in history. Archive photo via Jack Spitser/Spitser Photography

Beata Nelson stormed to the win in this event last year, erasing every record to become the fastest female 100-yard backstroker in history (by a long shot). She won this event by almost an entire second, a gigantic win for the now-senior at Wisconsin.

Nelson returns as favorite again with clear water behind her; she’s the only swimmer under 50 seconds this year at 49.70, and all signs point to another victory for her. The rest of the field is a bit new; four of the eight finalists last year are no longer here, as Amy Bilquist (Cal) and Aly Tetzloff (Auburn) graduated, Taylor Ruck (Stanford) is focusing on the Olympics, and Maggie MacNeil (Michigan) is not swimming this event at NCAAs individually (but we’ll see what she goes as the likely 400 medley relay lead-off for the Wolverines).

Alabama sophomore Rhyan White is favored for a runner-up spot. She’s blown up this year and has appeared to clicked very well with Alabama’s new Coley Stickels-led program. White was a strong high school commit at 52.81, and she got down to 52.08 at SECs her freshman year. At NCAAs, though, she was only 52.69 in prelims and touched at 33rd. This year is a completely different story. White has been under 52 six different times, including a stellar 50.02 to win the SEC title, a time that ranks her #2 in the country by almost half a second.

Right now, Nelson and White are the only people who have ever been under 50.4 in this field, and it’s very plausible they both break that 50-second barrier that used to feel so elusive. Remember, only six women have broken that mark in history, and it took 15 years after Natalie Coughlin first broke it (49.97 in 2002) for someone else (Ally Howe) to do the same.

Kentucky senior Asia Seidt joins Florida senior Sherridon Dressel and Cal sophomore Izzy Ivey as A-final returners. The three of them seem poised to do the same; Dressel is seeded fourth (50.51), Seidt fifth (50.73) and Ivey sixth (51.06). Ivey really showed up at NCAAs last year, going from a 51.73 high school best (and graduating early to join the team mid-season) to a 50.42 at NCAAs. Ivey also hit a lifetime best 50.82 at NCAAs in the 100 fly, making the A-final in both events.

While many of these backstrokers are very capable butterfliers, the only top-10 swimmers entered in both events are Ivey, White, and Dressel. White was in both last year but scratched the fly, and Dressel was in the 50 free along with both backstrokes but scratched the 50 free. With the back being the latter event in this double, it’s something to keep an eye on, though Ivey dropped time in back and fly from prelims to finals last year and still made A-finals.

Texas has a pair of A-final contenders in senior Claire Adams and sophomore Julia Cook. Both made the B-final last year, and Adams is swimming the best sprint back of her life; her 50.68 and 50.51 from Big 12s are her two quickest performances ever, with the latter time seeding her at #3 this year. Adams also made the A final as a freshman and sophomore, so a return this year would prove her 10th-place showing last year an anomaly.

Finally, a couple of women who finished outside of the top 20 last year are looking quite strong right now. Mizzou junior Sarah Thompson has pushed her lifetime best down to 51.07 to snag the #7 seed, and Florida senior Emma Ball hit her first best since 2017 with a 51.38 at SECs for the #10 seed. It’ll be interesting to see how Thompson performs; she’s had a very strong season, and Mizzou has suited up all year for the first time ever. Notably for Mizzou, likely A-finalist Haley Hynes has medically retired.

Darkhorse: Grace Countie, UNC. The sophomore broke 52 seconds for the first time in her life at mid-season, getting well under that barrier at 51.59. She’s seeded 11th with that time; last year she was just 52.56 going into NCAAs and was 53.26 in prelims for 46th. The Tar Heels have broken several school records already this season under new head coach Mark Gangloff, and Countie has gone bests in three primary events this season, too.

Beata is awesome! Hope she goes 48 this year.

I like Caroline Gmelich to get into the top 8. 51.8 at mid-season invite and ACCs and pretty sure she was only lightly rested for both.

Every swimmer has only been lightly rested this year, didn’t you know??

100% correct. No one is rested at conference, and then no one makes the ‘so and so isn’t rested’ at NCAAs when they go slower.

They are training through the meet for Olympic trials or the team went all in to win conference(Tennessee). We should have a contest for the best excuse.

Katherine Berkoff has been unshaved all year. If she gets hold of one, there may be 3 under 50

gets ahold of what? a razor?

Haven’t seen a photo of her lately? 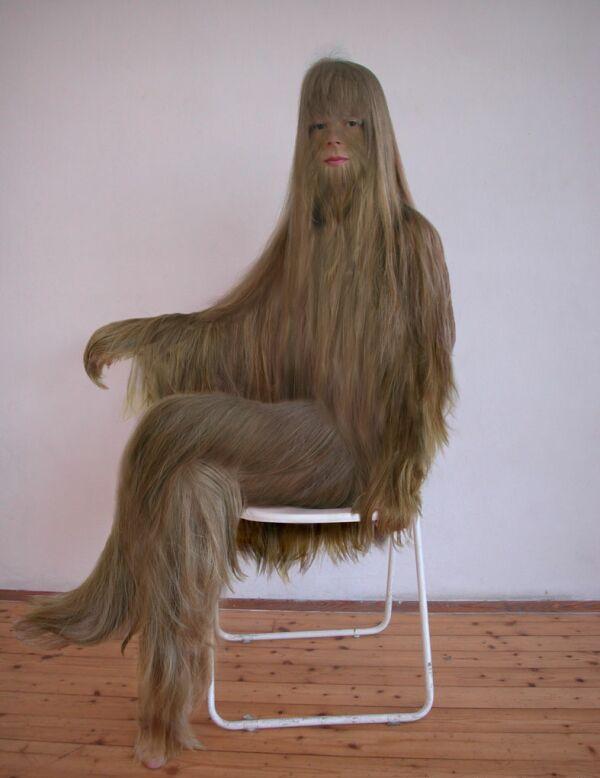 But isn’t everyone at the top level the same at this point – unshaved? untapered? still doing doubles? more than 10k yards a day? lifting in the mornings? Seems that lots of predictions around this time of year revolve around this kind of argument.

How did you find that picture of Katharine Berkoff Berkoff?