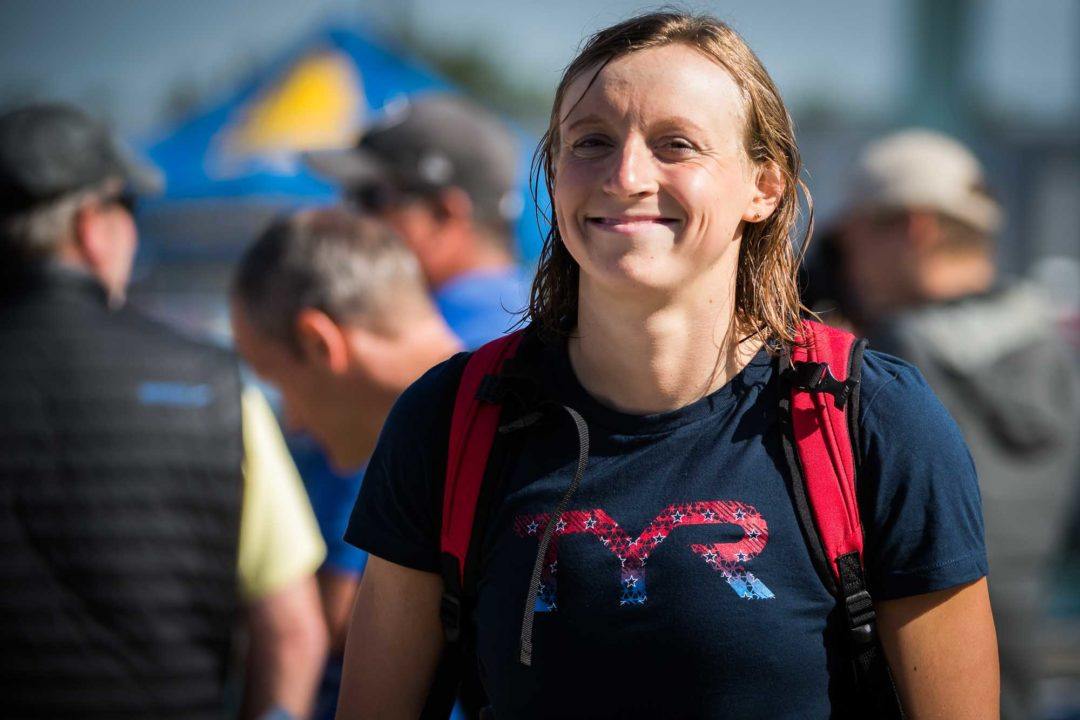 Top seed Katie Ledecky is out for the final day of competition. Ledecky, who won the 1500 free, 400 free, and 200 free here, has scratched the 800 free. Archive photo via Mike Lewis/Ola Vista Photography

Texas postgrad Madisyn Cox, a U.S. World Championships medalist, has scratched out of the 200 breast. Cox was the 5th seed there. She will, however, swim the 200 IM as the 2nd seed behind Melanie Margalis. In tonight’s 400 IM, Margalis took the gold, with Cox touching 2nd.

Many of the scratches for day 4 came from swimmers who were initially entered in the meet, but didn’t end up making the trip to Des Moines. For example, top seed Josh Prenot was the top seed in the 200 breast. He hasn’t been swimming at this meet, however, and won’t make an appearance on Saturday. Anton McKee also scratched out, as did 100 yard breast American Record holder Ian Finnerty.

Stanford has cancelled all classes to online only . Will they still operate their swim programme ?

Imagine they will, since NCAA basketball tournaments are still going on, even if it may be with no spectators. This is going to be the trend for most universities —- shift to online classes, especially with Spring break coming soon. They don’t want to have to account for the travel plans of every student when they return. Basically faculty now at many schools are having to register any travel (personal or professional) with the University for tracking, and get approval.