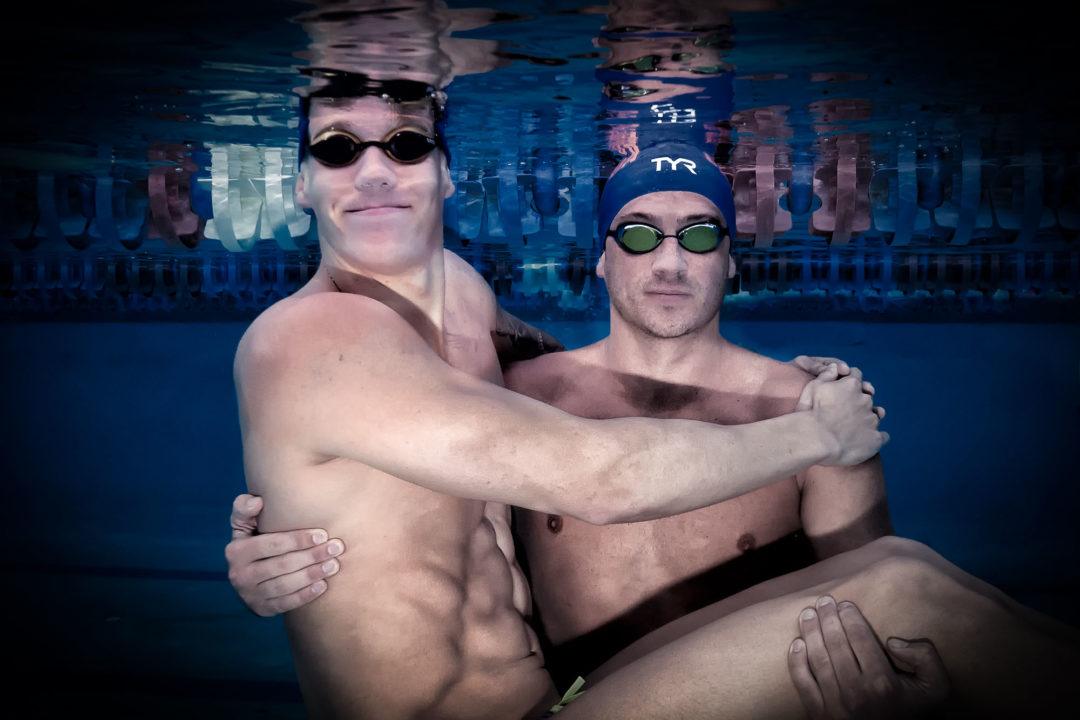 Many Worlds swimmers will be looking to swim at the upcoming US Nationals meet with only a 3-day break between the two championship meets. Stock photo via Mike Lewis/Ola Vista Photography

Editor’s note: we’ve had a few questions about different notations on the psych sheets. An asterisk (*) before a swimmer’s name indicates they are an international swimmer. A dollar sign ($) after a swimmer’s name means that they are an adult member of USA Swimming who has not completed their athlete protection training as required by the US Center for Safe Sport.

The psych sheets for the 2019 Phillips 66 National Championships have been officially released. The championships are to begin 3 days after the FINA World Championships held in Gwangju, South Korea. In 2017, the US Nationals meet was the meet that determined who would go to the World championships roughly 2 weeks after. However, swimmers have done the Worlds/Nationals double before.

There are many Worlds team members entered on the psych sheets, however, it won’t be guaranteed they show up. Here’s the list of Worlds swimmers entered into Nationals:

Among the other highlights, Ryan Lochte will be returning to competition as his suspension has officially ended. He is entered in the 200 free, 100 back, 100 fly, and 200/400 IM. Another name quietly entered is Dana Vollmer, who only is scheduled to swim the 100 fly. She is seeded with a 59.27 in 17th place.

Also entered is 17-year-old phenom Luca Urlando, who just missed qualifying for the 2018 Pan Pacs/2019 Worlds team. Urlando is entered in the 100/200 fly, 200/400 free, and 200 IM. His best time in the 200 fly would have placed 2nd at the World Championships. 30-year-old comeback swimmer Brandon Fischer is also in attendance after his breakout breaststroke swims in Clovis that put him back on track and bumped his national/historical rankings.

Not only Americans are here, many Commonwealth swimmers will also be in attendance. Great Britain swimmers Anna Hopkin and Scott McLay will be venturing to the United States after their Worlds bout. Aussies Elijah Winnington and Jenna Strauch will lead a group from Australia (and Scot Hannah Miley are getting a taper swim under their belts after failing to qualify for Worlds this year.

Besides those mentioned above, expect most of the big name Americans who didn’t compete at Worlds to be there as well, including the Foster brothers, the Walsh sisters, Tom Shields, and Erica Brown.

Yes! Another potentially exciting meet along with Worlds

Maybe 200 free or IM to test which, if either, he wants to attempt next year.

That would be tough. Fly out the 29th. Have a day to get acclimatized to the 16 hour difference then swim the 100 day 1

Getting spoiled with all this good swimming!

Dare I say, we are ‘full of swimming’

That’s why not many are going to show up

Wouldn’t that be 8 hours then ?

I”d get on a plane with a stopover in hawaii and then conveniently miss my connecting flight.