2019 ISL Naples Preview: Avenues of Opportunity for All 4 Teams Explored 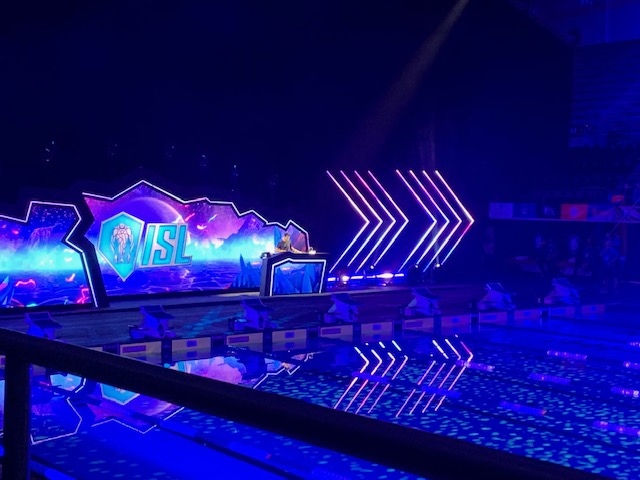 We break down each of the four teams in Group A: where can they improve their Indy scoring performances at this week's Naples event? Archive photo via Braden Keith

One fun quirk of the ISL format: back-to-back weekends provide rematches between the teams in each group, allowing all teams and swimmers to make adjustments and put them into practice very quickly. In this week’s preview, we’ll run down the top avenues each team has at its disposal to improve the overall finish from last weekend’s Indianapolis event.

Energy Standard won in Indy, but that doesn’t mean they don’t have areas that could improve. We start with them:

Split some relays: Energy Standard has so much sprint talent on its roster and won 4 of 5 relays. But they could dig into a high school/NCAA playbook to further press that advantage: splitting talent between some top relays to maximize points. Last week was riskier, without knowing how fast everyone would be. But this week, there are a couple prime splitting options:

Let Penny Fly: Speaking of Oleksiak, the Canadian was used sparingly in Indy but made the most of her swims. She was 52.8 for fourth in the 100 free, matched that time on a relay leadoff and split 52.6 on a relay. Why not try her in the sprint fly races, where second entrant Anastasiya Shkurdai was only 4th and 5th?

Extend breaststroke dominance to the 50: Energy Standard’s men went 1-2 in the 200 breast and 1-3 in the 100 breast, but only 3-5 in the 50 breast on opening day. If the breaststrokers can be more primed for the opening event, they could move up and knock off the Aqua Centurions 1-2 punch in the 50. Ilya Shymanovich in particular seems like a real contender to move up in the 50 – he was .13 out of first in Indy.

Break up the Skins Race logjam: The real reason Energy Standard won the season opener was the meet-ending skins races. With triple points on the line, Energy Standard went 1-2 in both, outscoring Cali 96-29 – that included a 48-7 split on the men’s side. In other words, Energy Standard won the meet by 73 while outscoring Cali by 67 in the skins. Caeleb Dressel is the best hope of changing that. The fear is that Dressel isn’t usually a great in-season swimmer. He probably has the ability to flip the meet this weekend, but it seems unlikely he’ll take enough rest to be at his peak. It just depends how well he can fight the Manaudou-Proud duo from Energy Standard in the skins race.

Win more touchouts in women’s fly: The Condors came out on the wrong end of close finishes in both of the womens sprint fly events. Kelsi Dahlia was two tenths out of first in the 100 fly and .01 out of second in the 50 fly. The 100 fly, in particular, would have been a 4-point swing if Dahlia had passed Energy Standard’s Sarah Sjostrom. Second entrants Mallory Comerford and Natalie Hinds were also within tenths of solid point swings.

Fix the men’s relays: Dressel should go a long way in addressing this, but the Condors struggled for relay points. Their men’s 4×100 free teams took 5th and 6th – both Energy Standard teams beat both Cali teams by more than a full second. Townley Haas had a rough 48.1 split to doom the A relay. He’s absent in Naples and Dressel should take his spot. John Shebat (47.2 split) might be worth moving up from the B as well. But the 12-30 deficit against Energy Standard cannot continue in that race.

Get into the later rounds of the skins: Only 1 of 4 entrants in the skins races moved on to the second round, where the point values surge. The biggest hurt was in the women’s race, where Madison Kennedy was 5th by .03 and Siobhan Haughey 6th and only .14 out of the top four. They’ve got to knock one of the top four out for the points bonuses. And Zach Apple has to look more like himself, though the men’s sprints are going to be brutal with Dressel now in the mix.

Improve relay depth: the Trident’s B teams finished 7th or 8th in every single relay. That nets points more like an individual event (2 or 4 points) in a race where the top teams are earning 10+. Some relays with avenues to move up: the men’s B 4×100 free relay was sunk by a 49.6 leadoff from Jay Litherland, but was only four tenths from 6th despite losing more than a second on the opening leg. Time to kick the tires on some unorthodox options, like breaststroker Ian Finnerty (who has been a very good 200 freestyler for Indiana in the past) or IMer Abrahm DeVine. The women’s medley was a half-second from 6th, and anchor Annika Bruhn wasn’t at her best.

Press the breaststroke advantages: DC struggled in the breaststrokes despite a solid amount of talent on the roster. Cody Miller was 7th/8th/4th and Ian Finnerty 6th/6th/8th in the 50/100/200 breast. Both have been short course yards standouts who should excel in this SCM format. Adding Kevin Cordes gives more options, especially in the 200, where Finnerty tends to really struggle mid-season. This breaststroke group has a shot to finish in the top half a lot more than it did in Indy.

Use Pellegrini more: Italian star Federica Pellegrini is the captain and headlining member of the Aqua Centurions, but she only hit the pool three times in Indy. The idea was probably to keep the 31-year-old fresh and focus on the double-point relays, but her impact was severely limited. She split 52.6, 53.2 and 53.5 in 100 frees – those times could have led to a top-5 finish in the individual 100 free. Instead, the Aqua Centurions finished 7th and 8th in that event.

Swim to potential in men’s sprints: this is too talented a sprint roster (Condorelli, Correia, Dotto, Miressi) to be dead last in the group. A second place in the men’s 4×100 free relay was the high point, but taking 3rd and 8th in the 50 free skins race just won’t cut it. Getting Greek star Kristian Gkolomeev active in Naples would help, though there’s no word on what the roster looks like yet.

im still scratching my head why ISL chose short course meters over long course metres to swim these meets? and this is supposed to be the future of swimming?

Perhaps they knew they couldn’t fill a 50m pool with spectators.

i find it a bit odd as well

The point for SCM is so people didn’t care about the times and focus more on the placement.

That doesn’t make any sense.

There are a lot of new things being displayed in the ISL. I think it’s amazing! I’m hooked!
SCM is faster for one. The mold has definitely been broken with the ISL.
If you enjoy swimming just embrace it! I’m telling all my friends around the world.

Did Rylov swim both 100 and 200 back so? If not, he should because if I remember their second entry wasn’t strong….especially when Rylov is sitting on bench

No, he only swam the 200, in which he got first, with Stupin. For Energy Standard, the 100 was swam by Kolesnikov and Zirk and Kolesnikov and Manaudou swam the 50 back. Its strange why Rylov didnt swim the 100 though.

Rylov didn’t swim the 100 back, but that’s because it came directly before the mixed free relay, where he was a pretty key leg. Going 1-3 in that relay was worth 30 points, where Rylov maybe would have scored 6 more than their second 100 backstroker. Energy Standard definitely focused their lineup on the relays, and I think that was the difference-maker in week 1.

Does anyone know when apparel for energy standard will be released? also, London roar supporters gear is looking nice!