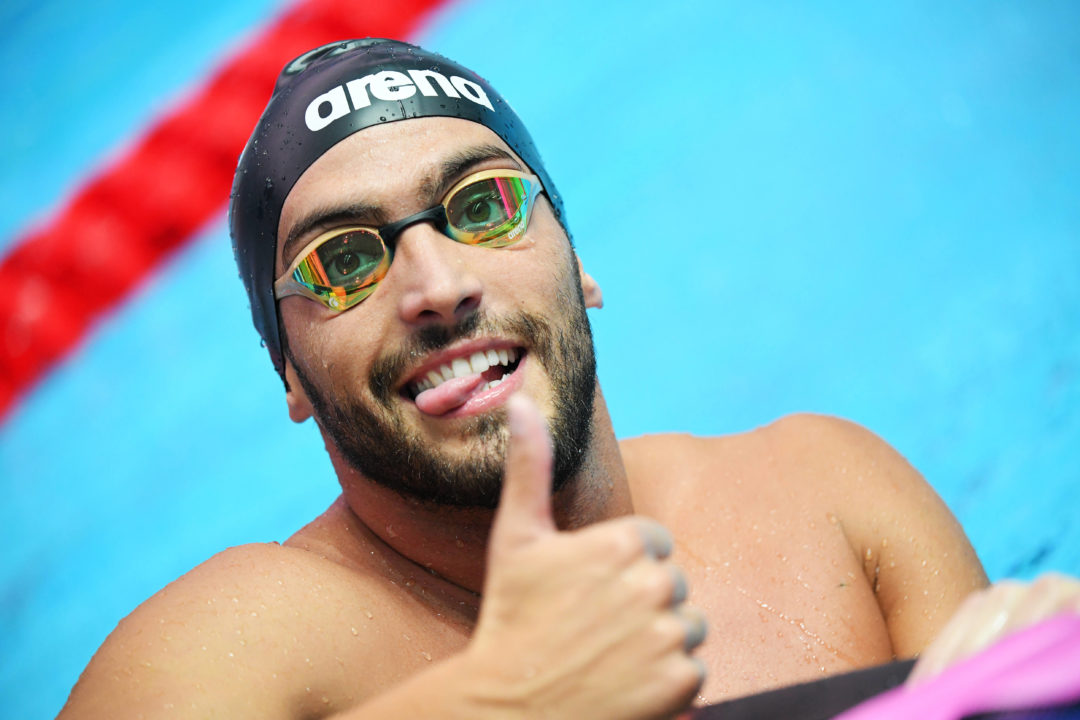 For the second day in a row, no relays will be raced, though fans will get a preview of the women's 800 free relay through the women's 200 freestyle prelims. Current photo via Gian Mattia D'Alberto

Would that we could say that the 2019 FINA World Championships have gone off without a hitch so far, but multiple malfunctions with the backstroke wedges on day 2 caused a small riot among fans and participants alike. While the evening session of day 3 will feature finals of both the men’s and women’s 100 backstrokes, the morning session contains only events requiring a forward-facing start: the men’s 50 breaststroke, women’s 200 freestyle, men’s 200 butterfly, and men’s 800 freestyle.

Every event contested this morning will advance to a semifinal of 16 swimmers tonight, with the exception of the men’s 800, which will advance the top 8 swimmers only to the championship final Wednesday night.

This session is budgeted over a relatively timeline of only 1 hour and 47 minutes, with fully 42 minutes given to the final race of the morning, the men’s 800 freestyle, which consists of four heats. Though it is expected to end at 11:47 am local time, it will likely be at least a few minutes later than that, based on what we’ve seen.

Before we all predict the podium finishers in the Women’s 200mm free, lets figure out the eight who will qualify for the Final. Getting to the finals will not be easy, there are a lot of very fast women racing 200mm.

Sjostrom will not swim I think.

I predict (read: hope) Sjostrom will not swim this. But ppl will predict some subset of Titmus, Rick, McKeon, Pellegrini for the medals.

Man, a 200 millimeter race sure would be quick.

True! Whoever has longer fingernails…

Pellegrini will always be my choice for a medal in the 200.

this could be a very quiet session for USA

dont think Schmitty is going far with it

well it’s been a relatively quiet champs so far