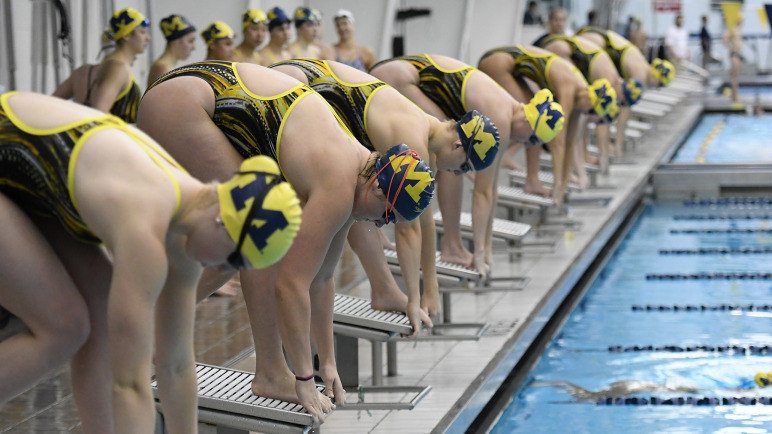 Lilly King will be hunting down a third consecutive B1G title in the 100 breaststroke tonight.

The Wolverines dominated another prelims session, getting double their next-best competitor’s A final swims. Michigan will have ten scoring swims in A finals, double that of Ohio State and Minnesota, who both have five. Indiana and Wisconsin, meanwhile, have four each.

The battle for second, then, is getting very interesting. Indiana (787), Minnesota (742) and Ohio State (725) are very close, and any point swings could end up with a change in their finishing order. Though Indiana has four A final swims and Ohio State and Minnesota has five, IU has  a whopping eight B final appearances and five slots in C finals, compared to OSU’s four in each and Minnesota‘s two in each.

OSU has three divers in the top sixteen, Minnesota two, and Indiana one, though IU’s is currently in second.

I wonder when they will improve their ncaa ranking. I’ll keep waiting.