2018 M. NCAA Finals Preview: What Other Barriers Can Dressel Break? 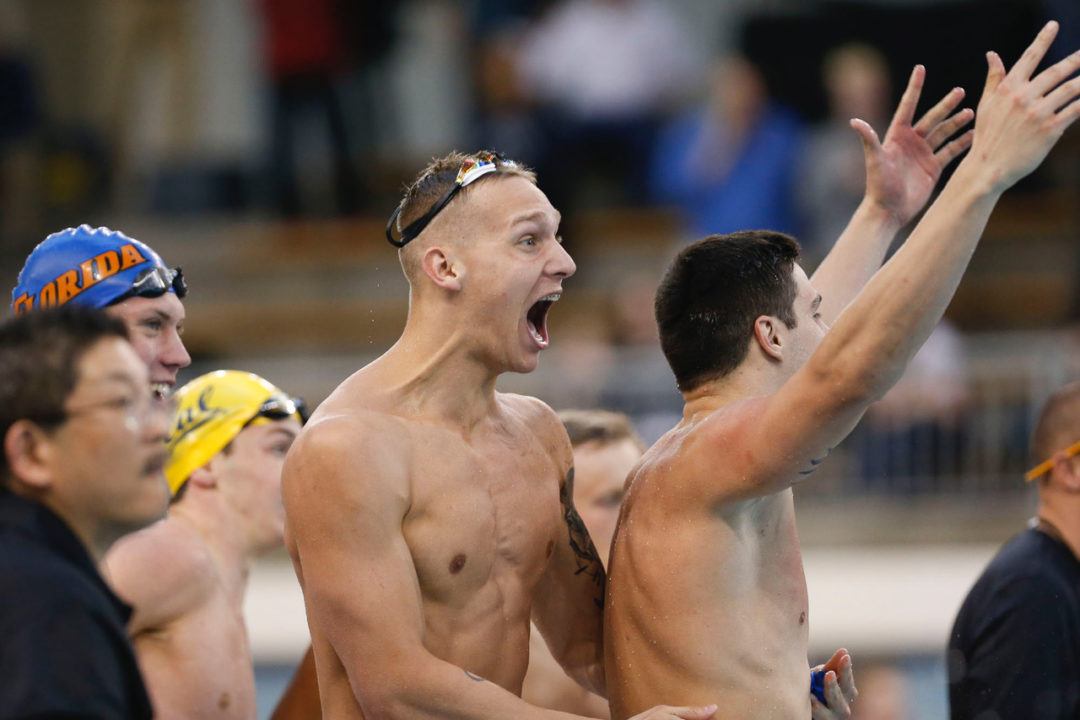 100 fly – After breaking 18 in the 50 free twice yesterday, nothing seems impossible for Caeleb Dressel at this point. Though he’s said to be dealing with a groin injury, it’s unclear how much that’s actually affecting his swims, because he cruised just about the easiest 44.37 (20.32/24.05) you’ll ever see this morning. Consider :42 very much in-play tonight. Indiana’s Vini Lanza took second this morning with an impressive lifetime best of 44.66, good for 8th all-time. While Joseph Schooling was off individually in his 50 free yesterday (19.29), he put up a solid 44.97 this morning, good for third — fly is his strong suit, so we’ll have to see what he has left in the tank tonight.

200 medley relay – Can Caeleb Dressel do the unthinkable and break 17 on a relay split? He was 17.63 flat start. He was 17.3 with a relay start this morning. Relay starts can often shave about .7 seconds, but Dressel’s flat start is already incredible… It would be absurd to see a 16 — but it was also absurd to see a 17.6, so who’s to say? Beyond Dressel, this race was about as close as it gets this morning. USC was first in 1:22.76, but Cal, Florida, Indiana, and Texas were separated by only .08 for the 2- through 4-spots. However, Florida is opting not to use Jan Switkowski on this relay, which might keep the race in Cal and USC’s favor.

The barrier to my heart <3