Eastern Michigan Says Fundraising Won’t Be Enough to Save Swimming 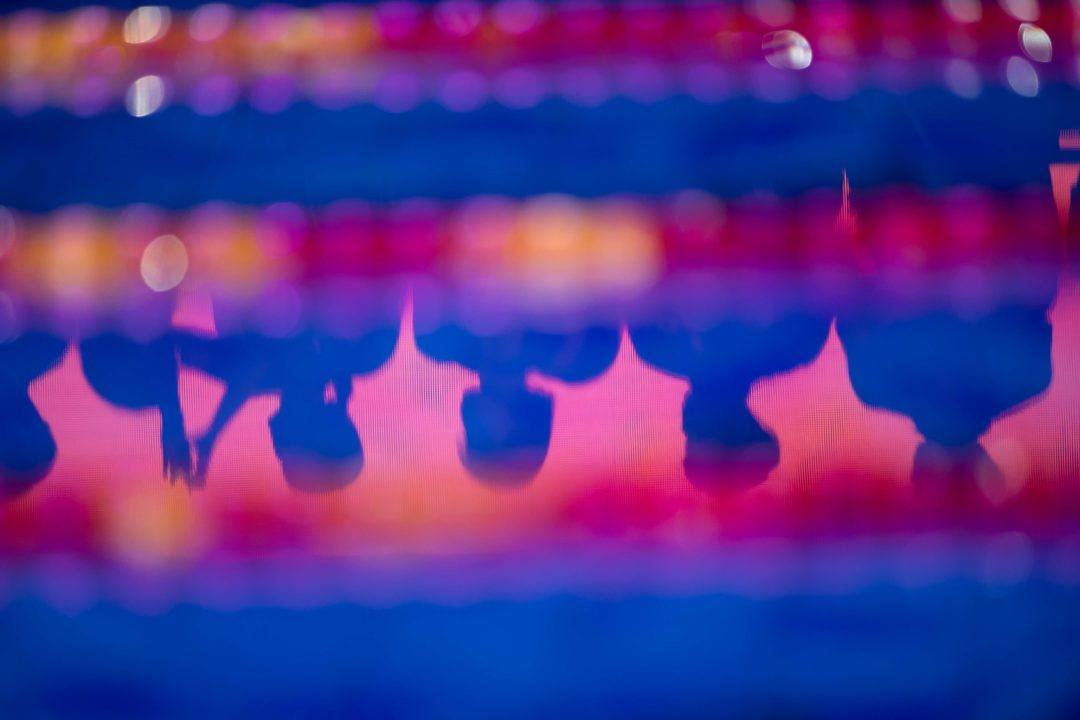 In a statement released on Friday, Eastern Michigan University says that the efforts by athletes to raise funds to save... Stock photo via Mike Lewis/Ola Vista Photography

In a statement released on Friday, Eastern Michigan University says that the efforts by athletes to raise funds to save the 4 programs that the school announced would be cut earlier this week are unlikely to be enough to stave off their elimination.

“While we respect the effort of those involved, it is important to understand that there is no simplistic solution to reversing the decision – short of an endowment in the tens of millions of dollars that would provide indefinite funding for all of the sports being eliminated, no other pragmatic alternatives remain.”

Eastern Michigan announced on Tuesday that it would be eliminating men’s swimming, men’s wrestling, women’s tennis, and women’s softball at the end of the 2017-2018 season. Men’s swimming, who have won 34 MAC conference titles, was the most successful of those programs. The school believes that they will save $2.4 million with the changes.

YPSILANTI —  Eastern Michigan University appreciates the passion and concern of the student athletes and alumni of the four sports that are being discontinued at the end of the spring season. We are aware of the various efforts and fundraising to change the decision, announced Tuesday, March 20.

While we respect the effort and those involved, it is important to understand that there is no simplistic solution to reversing the decision — short of an endowment in the tens of millions of dollars that would provide indefinite funding for all of the sports being eliminated, no other pragmatic alternatives remain.

Budget reductions have been made campus wide, with all areas of the university affected. The realignment of resources will strengthen Eastern Michigan and provide stronger support for our students, faculty and staff for years to come.

This was an extremely painful decision. The student-athletes affected are our priority. As announced last Tuesday, athletics scholarships will be honored should the students decide to remain at Eastern and earn their degree, which we hope they will. For those who elect to continue their competitive careers elsewhere, EMU Athletics remains committed to helping them in the transfer process.

Now only Miami and Ball State have a men’s swimming team. All of the other members are affiliates. The current MAC Champion is Missouri State, not a MAC school. EMU was runner up. Sort of tells you the state of swimming at most mid-majors.

These administrators must be getting their lines from the same lousy playbook. “Endowment in the tens of millions” and yet that “tens of millions” is being spent on a football team that sucks the life out of the school. The problem is them and the MAC, who insists on spending millions on football that doesn’t justify itself at most of the schools. Once this reality is admitted and the MAC drops the requirement for D1 FBS football, these schools will have a fighting chance.

One of the evaluators used with all of the sports eliminated was “who is the competition” and “how many actual MAC schools had swimming.” Before Eastern dropped there were three. Now there’s two. The rest of the swim teams are affiliate members. Missouri State is the current champ. The football teams operating budget is around $5M. With scholarships and other line items Eastern probably spends around $16M on football. The only way that football will be eliminated as a requirement to be in the MAC is that things get so bad financially or the NCAA acts and shoves all the mid-majors in FBS down to FCS or Division II. Sixty staff positions were eliminated – 17 people lost there jobs,… Read more »

Seems very disingenuous to be spending $35 million on athletic facility upgrades while they cut sports.

The facility is a $20 million dollar facility. Athletics has raised about half of the money needed. If they don’t have the total amount when they break ground the University will loan them the money. This happens all the time on a small and large scale. Eastern is also spending 10’s of millions of dollars on their Science Complex, Engineering School and the Student Rec Center.

This has been a very trying week for EMU swimmers and alumni alike. A few of us alumni and many current swimmers had the opportunity to attend a town hall meeting hosted by faculty and staff who are equally angered by cuts announced on faculty and staff as well. EMU is clearly being financially mismanaged by upper administration who are clearly abusing their power by making decisions for the university behind closed doors without input from anyone but themselves.

Equally frustrating has been the administrations clear lack of responsibility for the mess the university is in and its inability to address questions about the decisions except through canned email responses. This includes a non-genuine email sent to the SON of… Read more »

“EMU is clearly being financially mismanaged by upper administration who are clearly abusing their power by making decisions for the university behind closed doors without input from anyone but themselves.” – This line effectively sums up the experience I had with a previous employer. It’s very hard dealing with the extremely poor decisions of leadership when you are the recipient. Keep fighting. Please. For all of us.

There has been a 17% reduction in the amount of credit hours produced since 2008. Not only is tuition money declining, the decline also reduces the amount of money collected in student fees a part of which is directed to athletics.

Isn’t there an argument to be made here that cutting these sports teams will further reduce enrollment and therefore credit hour production? It’s not like there is a line of accomplished high school graduates banging down the door begging to be let into EMU that will take the place of these student athletes who, but for their opportunity to participate in their sport at EMU, would have gone someone else? Logically this seems like it’s probably going to end up costing the university more money in the long run that continuing to offer these programs and fill student enrollment with athletes who take credit hours, pay tuition, and actually graduate…

There have been no faculty cuts, only staff. Most of the cuts were C4’s, a secretarial grade. All 60 positions eliminated were staff – 17 people lost jobs which included a few well paid middle level administrators. Another issue that’s making the AAUP (faculty union) angry is the fact that Eastern is moving to increase class sizes in all areas. They are way behind their peers in doing this. One of the criticisms in the Higher Learning Commission report on Eastern was that for the number of credit hours being generated there are too many faculty. The faculty and the faculty union are kicking and screaming because they know what’s next – faculty layoffs. One ox that will be gored… Read more »

It’s only fair that the athletic department eliminates some sports team, just as the Academic department will be cutting Professors. EMU stated admissions is down, thus there will be acedemic cuts next! Same thing happened at WSU after swimming was eliminated. Now the teachers are in protest as their careers are being affected. Major mishandling of college funds by ALL authorities.

I don’t think it is a fair decision to cut any sports. The athletic administration is putting tens of millions of dollars into practice facilities. The athletic department has enough funds to continue the current offerings. The have decided that these athletes weren’t worth keeping around compared to adding practice fields for football.

I don’t think that the administration is of the opinion that these athletes aren’t worth keeping around. Eastern will honor all scholarships The administration spent a great deal of time analyzing each sport to arrive at the sports to be eliminated. The Athletic Director admitted in a press conference that the budget wasn’t really big enough to accommodate 21 sports.

Freshman admissions have been up at Eastern for the past few years. The problem is the decline in the number of high school grads. Michigan has 20,000 fewer. The community colleges in the area are also down in enrollments for the same reason. This is a national phenomenon.

Eastern obviously needs new leadership after an announcement like this.

This article won’t change our motives whatsoever. We will never stop fighting for our men. They are our family and we will NEVER give up on them or abandon them. The sad thing is that it didn’t take administration long to give up on their students. Administration abandoned our men and they didn’t deserve that. These men deserve to stay and do what they love. WE WILL WIN!!

How about y’all help us fight, this article doesn’t dishearten is in the slightest.