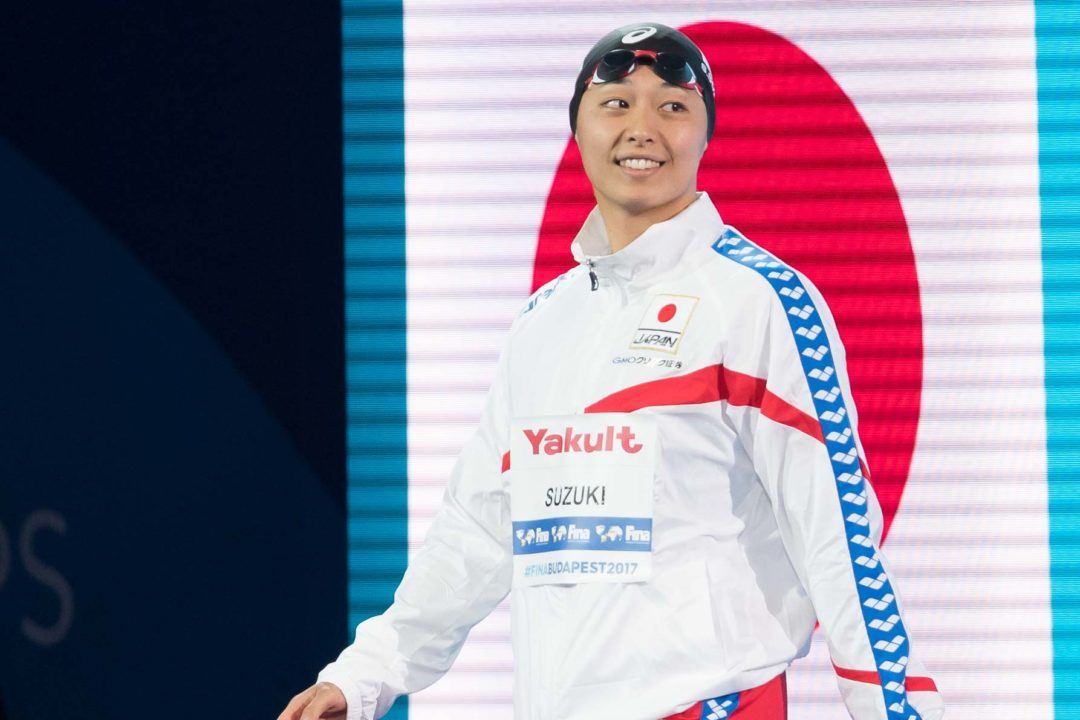 Satomi Suzuki raced her way to gold in the women's 50m breaststroke, as Japan leads the overall swimming medal table heading into the final day of competition in Jakarta. Archive photo via Mike Lewis/Ola Vista Photography

Is Japan pulling away from China enough to hold on through the final day of competition? Friday’s action will give us the answer, but in the meantime, the Japanese swimmers are doing what they can to try to top their top rival in the overall medal table at the 2018 Asian Games. The nation holds the overall lead with 46 total medals to China’s 42 and holds a one gold advantage over China as well.

Satomi Suzuki notched a new Games Record en route to claiming gold in the women’s 50m breast, while Shinri Shioura and Katsumi Nakamura went 1-2 in the men’s 100m free to collect 2 medals for Japan. The women’s 4x100m medley relay also notched a gold medal on the night, with both China and South Korea being disqualified in the chaotic race to the wall.

Japan suffered a DQ on the night as well, however, as potential medalist Miho Teramura was called in the women’s 50m breaststroke race. That opened the door for Singapore’s Roanne Ho to slide into the silver medal spot, while Chinese athlete Feng Junyang nabbed bronze.

Ho wasn’t the only Singaporean to add hardware to the currently 3rd placed nation in the medal table, as Joseph Schooling out-touched the field to take 50m fly gold. His time of 23.61 was well off his own 2017 Asian Record of 22.93, but was enough to hold off runners-up Wang Peng of China and Kazakhstan’s Adilbek Mussin. For Mussin, he represents the 2nd swimmer to put a medal on the board for Kazakhstan, following Dmitriy Balandin’s 100m breast bronze.

Xu Jiayu did his part for China by sweeping the men’s backstroke events, completing the trifecta with the 200m victory tonight. In doing so he shut out Japanese maestro Ryosuke Irie, who had to settle for silver in all 3 back races.