2017 WUGs: Japan Surpasses USA For Most Golds Through Day 4 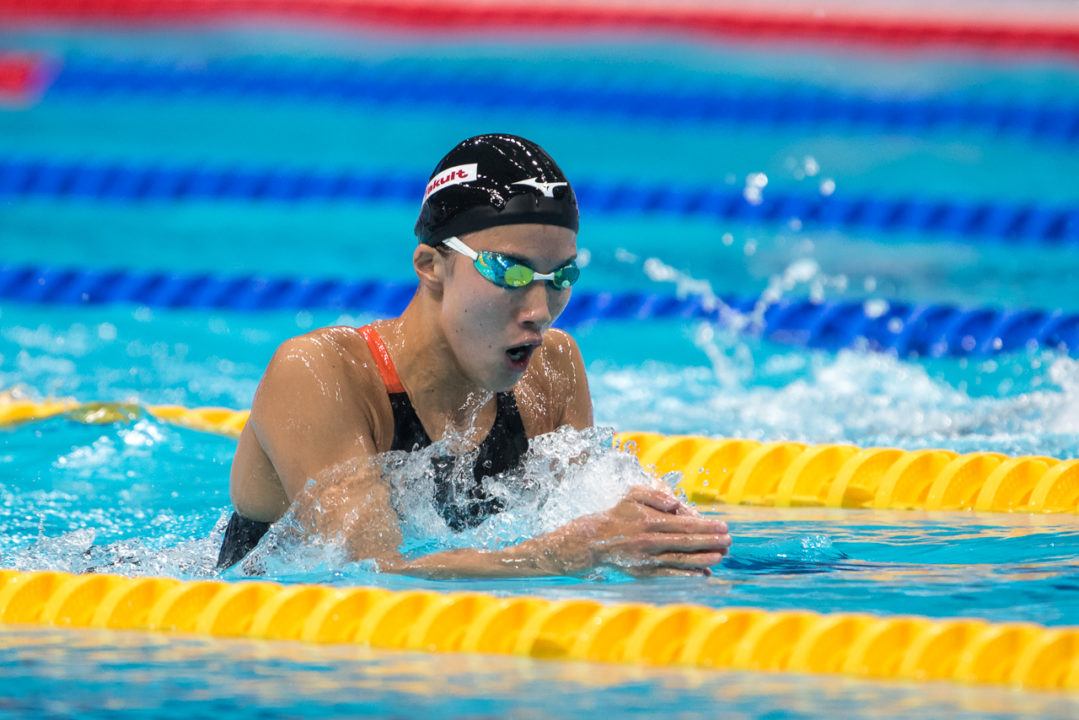 After tonight's events, Japan has now taken over the lead in the gold medal count, but the USA maintains the lead in terms of overall medals with 14 medals to Japan's 12. Archive photo via Peter Sukenik/www.petersukenik.com

After tonight’s events, Japan has now taken over the lead in the gold medal count, but the USA maintains the lead in terms of overall medals with 14 medals to Japan’s 12. Yui Ohashi smashed a Meet Record in the 200 IM to give the Japanese a 1-gold lead, but American breaststroker Andrew Wilson tied things back up with his victory in the men’s 200 breast. Once the men’s 200 fly rolled around, however, Japan’s Nao Horomura once again broke the tie with a new Meet Record, giving Japan 5 golds to the USA’s 4.

Ireland was the only country to win their first medal of the meet tonight, and it was a gold one courtesy of Shane Ryan‘s Irish Record-setting swim in the men’s 50 back.

Maybe they should keep track of the medals based on the country where the swimmers go to school. USA USA

If its truly a university thing they should just automatically invite the top 8 or 10 finishers from NCAA. Add a little depth to the field and there is probably at least 3 or 4 countries represented.

Any idea how things turn out if teams didn’t send their world’s athletes?

Why not bring Katie, Simone, and the gang???

Medal count should have an asterisk for medals when athlete was at world’s. 🙂

US doesn’t allow those in Worlds to attend WUGs anyway. Otherwise am sure some #1 or #2 will choose to go to WUGs too.

Japan has a strong team here.

They brought their A Team.