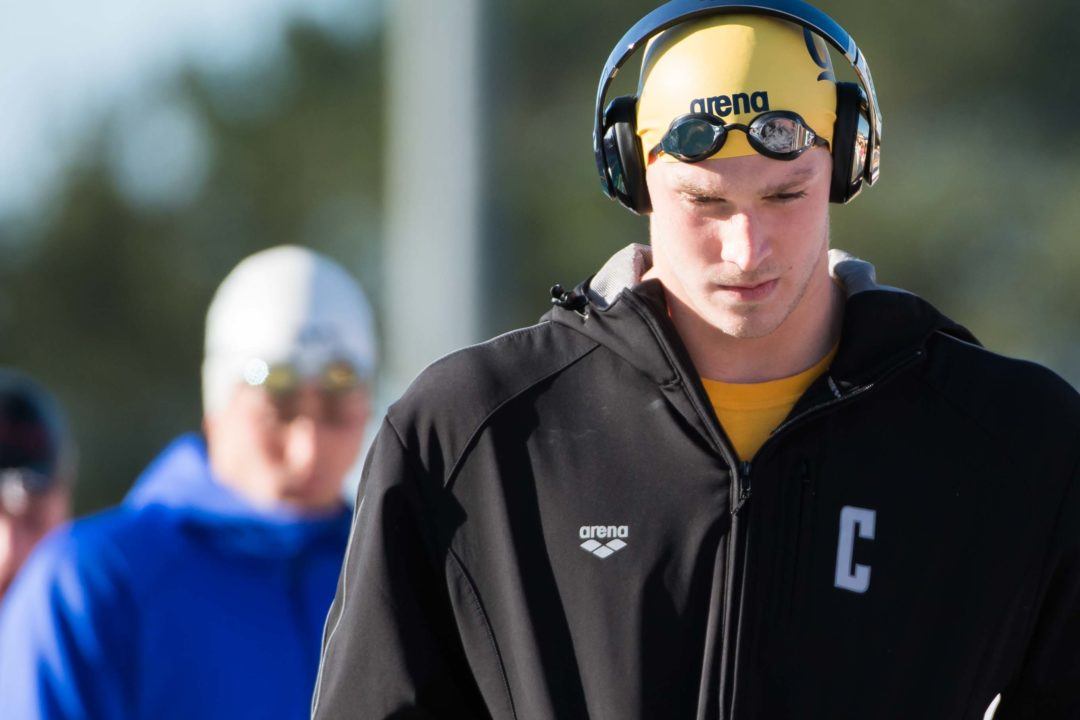 Murphy set the World Record at 51.85 on the 4x100 medley relay leadoff at the Rio Olympics, but Jiayu nearly took it down with a 51.86 at 2017 Chinese Nationals. Archive photo via Mike Lewis/Ola Vista Photography

The race between World Record holder Ryan Murphy of Team USA and 2017 world leader Xu Jiayu of China in the 100 back could be one of the biggest battles of the 2017 FINA World Championships. Murphy set the World Record at 51.85 on the 4×100 medley relay leadoff at the Rio Olympics, but Jiayu nearly took it down with a 51.86 at 2017 Chinese Nationals. While the World Record certainly could go down, we sometimes see swimmers put up blistering times at their respective Nationals or Trials meets, but the field tightens up when the world’s best are going head-to-head, so it wouldn’t be all that surprising if no one touched the World Record either. Jiayu has been on fire, while Murphy looked relatively sluggish in this race at U.S. Nationals. It’s worth noting, however, that Murphy was the clear favorite in both backstrokes heading into U.S. Trials, so we most likely haven’t seen all of his taper cards yet.

While Murphy and Jiayu are the frontrunners, we can’t count out defending World Champion Mitch Larkin of Australia. He took a long break after Rio and will have to take a chunk of time off his season best 53.54 to land on the podium again. Like Murphy, Larkin didn’t have too much competition at Australian Trials, so he may not have seen much rest before that meet.

The USA’s Matt Grevers (52.71) was the 2012 Olympic champion in this event and returns after winning bronze at 2015 Worlds. He’s the only man other that Jiayu to have broken 53 seconds this year and looks like a strong contender for another podium finish. Japan’s Ryosuke Irie is another veteran in this field. He hasn’t broken 53 since 2015, but is already a likely finalist with his season best 53.25.

Russian youngster Evgeny Rylov is a little bit stronger in the 200 back than the 100 back, but he’s a medal threat nonetheless. Rylov was a finalist in this race last summer in Rio, and holds a personal best of 52.74. He’s been fairly close to that this season with a 53.13 at Russian nationals.

Based on the world rankings, it’ll likely take a 53-low to make the final. Greece’s Apostolos Christou (53.38), Russia’s Grigory Tarasevich (53.54), Canada’s Javier Acevedo (53.64), and China’s Li Guangyuan (53.61) have all been in the 53-low to 53-mid range and should be contesting for the last few spots in the final if they match their season bests.

Hoping Murphy can pull through…