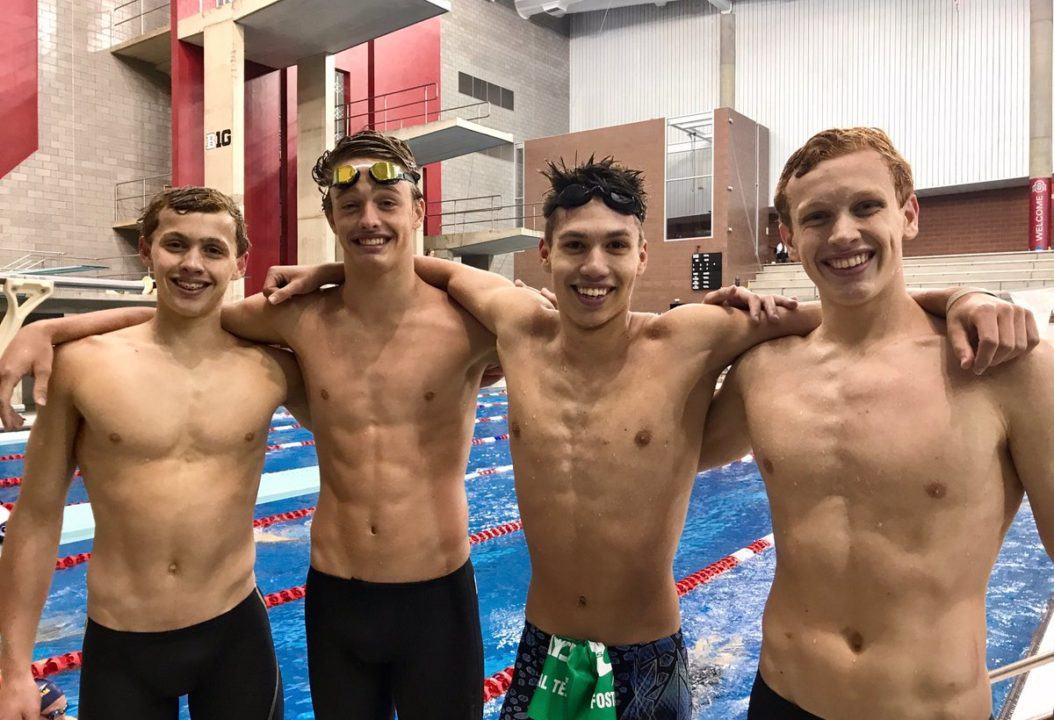 Four boys from the Mason Manta Rays in Ohio have broken the NAG record for the 15-16 age group in the 400 meter free relay. Two of those boys are brothers Jake and Carson Foster, while Adam Cheney and Tyler Babinec made up the other half of the relay. The foursome combined for a 3:28.28, taking over a second off of their seed time and going almost a full second faster than the previous NAG record.

The Upper Dublin Aquatic Club in Pennsylvania held the old record from 2014, made up of some big names. Check out the split comparison below:

The old record-holders are pretty well-known names in college swimming now. Jensen and Thomas swim at Cal, while Sannem is committed to USC and Amdor swims at Kentucky.

Funny to see Carson Foster develop since he has broken Michael Phelps’ 10 and under 100 fly NAG record. First, butterfly was his best stroke. Recently his back has improved a lot. And now it’s the turn of his freestyle. He’s gonna be very good.

Will he become an IMer? 😀

His breastroke is decent too. Good things for his 200 and 400 im

That whole family is beast. Hannah foster isnt bad either