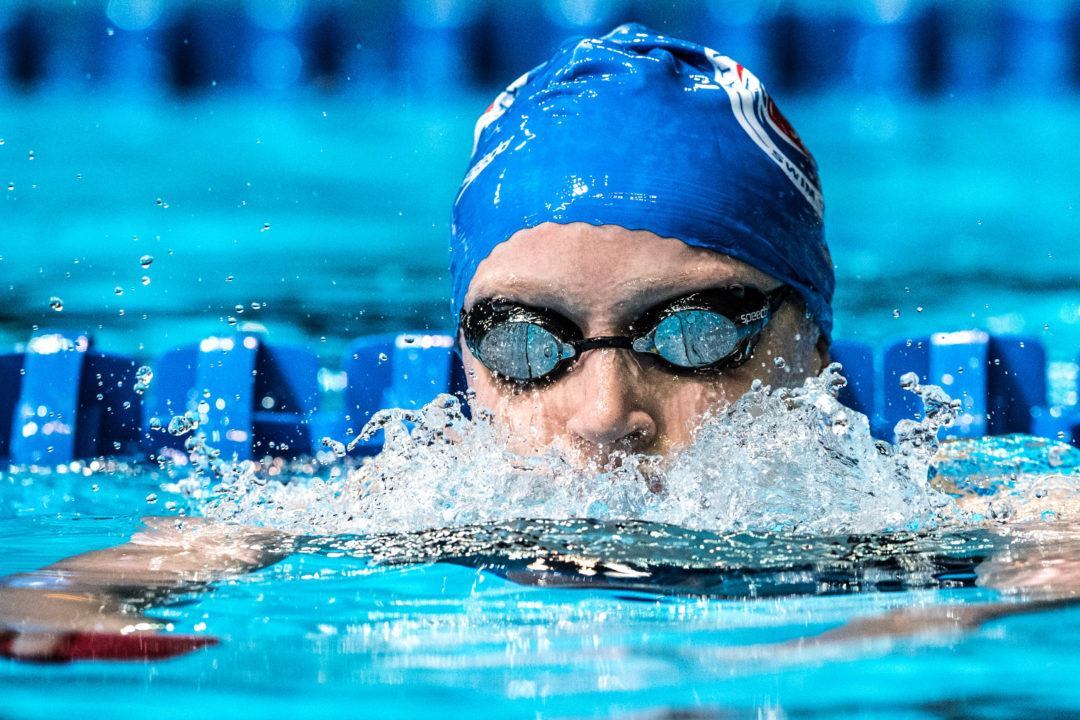 Katie Ledecky set all of the big records in November, and while she didn’t swim this race at Pac 12s, she could lose her cap and goggles and swim against a current and would still blow out the field in this race at NCAAs. Her race will be against the 15-minute mark, and we will likely see the first woman under that barrier this weekend as long as Ledecky is at the pool and behind the blocks when the race starts.

Defending champion Leah Smith of Virginia is almost a pool length ahead of the next best competitor (12.51 seconds), and she’s the solid favorite for 2nd right now. Smith has been the distance queen of the NCAA prior to Ledecky’s arrival, and she’ll look to better her lifetime best of 15:25.30 which was done at ACCs in 2016.

Brooke Zeiger has been 15:44.00 this year, which currently stands as the Big Ten conference record, but she didn’t swim at Big Tens due to a “medical issue” which has not been identified. Read more about Zeiger here. If she is ready to race at NCAAs, she should be vying for third; if not, she may drop out of the top 8 altogether. Her Big Ten foes G Ryan and Rose Bi of Michigan are two competitors who will look to lead the chase pack behind Ledecky and Smith. Ryan (15:44.93) broke the 500 free B1G record this season already, while Bi returns after finishing 3rd in this event at the 2016 NCAA Champs.

Freshmen standouts Megan Byrnes of Stanford and Becca Mann of USC will search for a spot in the top 8, as Byrnes has pushed well past her high school bests at Stanford and Mann is working to return to form after a back injury derailed her summer at the Olympic Trials.

Cierra Runge, who popped up a couple years back as the next U.S. distance star to follow Ledecky (Leah Smith has assumed that role of late), went out of focus and left Cal after her big freshman year. She resurfaced with a huge 200 free at OTs to make the U.S. 800 free relay in Rio, and has done well with her new team, the Wisconsin Badgers. Runge’s teammate Danielle Valley, who also transferred to UW, sits as the 9th seed right behind Mann. Valley has had a lot of trouble repeating her times from 2014 and earlier, but her 15:53.16 from Big Tens was her best time and first time under 16 minutes in three years.

NC State’s Hannah Moore and Ohio State’s Lindsey Clary both scored in the top 8 last year and come in as 16- and 11-seeds. Coming in on fire is Auburn senior Ashley Neidigh. She won the SEC title in this race in February with a 9th-ranked 15:56.95, which is light-years ahead of where she was last year. In 2016, she was unable to break 16:10– things are looking up for her this year, however, and she’s a prime candidate to take a spot in the top 8.

Dark Horse: Valerie Gruest Slowing (Northwestern). Gruest Slowing is a freshman from NU who represented Guatemala at the 2016 Olympics. She’s been on a tear this year, and has come close to breaking 16 minutes twice this season.

There’s a number in my head that I’ll be watching for when she finishes: 14:56.86. That’s what it took to qualify 30th for the men’s NCAAs. It’s a sure bet Ledecky will be under 15:00, but I wonder how close she may come to this time. Regardless, her swim will be absolutely incredible to see.

No no no, Ms. Ledecky is of sound mind. Just incredibly fast.