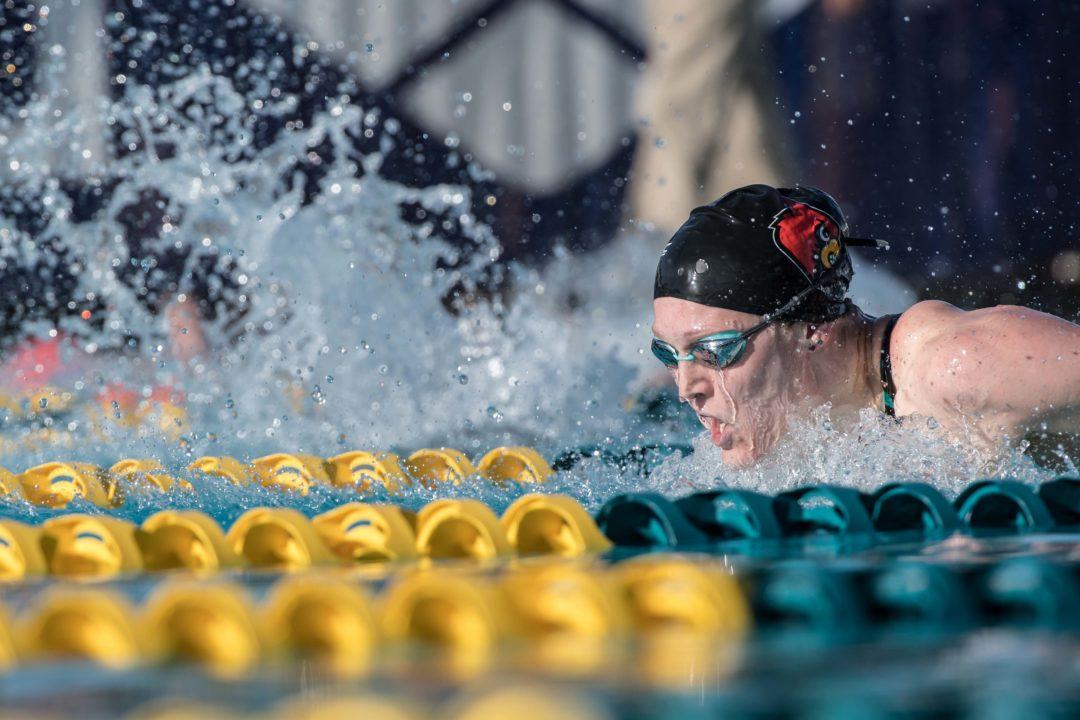 Kelsi Worrell, the unanimous sprint fly queen in the USA right now, should take the 50 fly in Indianapolis without too much trouble from other competitors. She went 25.65 at the 2015 US Nationals in a time trial, after Claire Donahue and Kendyl Stewart swam the 50 and 100 fly at the 2015 World Championships. With Dana Vollmer out of commission for the time being, Stewart (25.93) and Donahue (26.20) have been the fastest behind Worrell since 2015.

It’s tough to predict how swimmers will do in 50’s in general, and even harder in long course since there are rarely ever 200 medley relays to go off of, and swimmers don’t taper down for 50s long course very often. That said, there are several swimmers who had huge medley splits during the 2016-17 NCAA season.

Annie Ochitwa, a rising junior with the University of Arizona, ripped a 22.23 fly split on a very fast Wildcat 200 medley relay at the 2016 Texas Invite. She has yet to convert her speed to long course– her 59.98 LCM best in the 100 isn’t what you might think a 51.02 SCY would convert to, but she could be able to put together a stronger 50 since it’s a shorter distance.

Amanda Kendall, now with the esteemed Canyons Aquatic Club, has put herself back on the radar with multiple 58’s this spring (including a 58.27 lifetime best). Her best in the 50 is a 26.97 from an Arena PSS meet in 2015, and she’ll probably be much faster than that this summer.

Alyssa Marsh has been the fastest in this event this year– a 26.73 which also is her best time. She’s just ahead of Veronica Burchill (27.12) and Chelsea Britt (27.46), two Georgia Bulldogs. 17-year-olds Emma Carlton and Sophie Lindner, meanwhile, have put up times of 27.20 and 27.22, respectively, this year. Carlton (Bellingham Bay) and Lindner (SwimMAC) aren’t names that have come up much, but the teenagers could make a push for top 8 in Indy.

Younger names like Cassidy Bayer and Eva Merrell could certainly be factors here, too. They have best times in the 27.3 range, but seem capable of cracking the 27-second barrier. Bayer might choose to focus solely on the 100 and 200 fly, though, where she has a much better chance of making the Worlds team– the same goes for Merrell in the 200 back, an event that’s right before the 50 fly in Indy. Katie McLaughlin has been fast in the 100 fly, though she might be going for the 200 free in the same session as the 50 fly, and she doesn’t quite have that much speed for such a pure sprint race.

Darkhorse: Maddie Murphy, who is a rising sophomore with the Cal women. She dropped a 22.90 on Cal’s B relay at 2017 Pac 12s, and she’s never swum the 50 fly in meters, according to the USA Swimming database. She showed lots of sprint power in her freshman season with Cal, and she could blow up in this race in Indy.

I find 25.2 to be a bit ambious, that would make her the 3rd, 4th, or 5th. Sjostrom may have made a 25.x look like nothing, but it is still a very fast time. That would put her with the speed demon Halsall, who is one of the best 50 swimmers ever, and Ottesen, who is known for being super fast in the 50 fly. Worrell is very good, and has alot of speed, but not as much as those two. I say she swims a 25.5, maybe a 25.4 is she’s in super good shape. Remember the American record is 25.50

I actually think 25.2 would be maxed out for Worrell, and a huge achievement. Sjostrom’s 24.4 blurs just how good a 25low is. Worrell is similar to Ottesen, perhaps less natural speed even, and Ottesen never went under 25.2… Halsall was also 25.2, a real natural speedster and a deceptively good ‘flyer (57.40 in 2010).

I see Worrell as less of a front half swimmer than Ottesen in the butterfly. And Ottesen’s start is absolutely amazing at that. So it would take a lot for Worrell to go 25.2 I think.

I think if Worrell really shows up she could be another woman under 25 seconds, but I don’t see it happening, 25.2 is probably a good guess.

Will Helen M. swim the 50 fly? The 200 back is the same day and I thought I recalled her being a damn good backstroker as well?