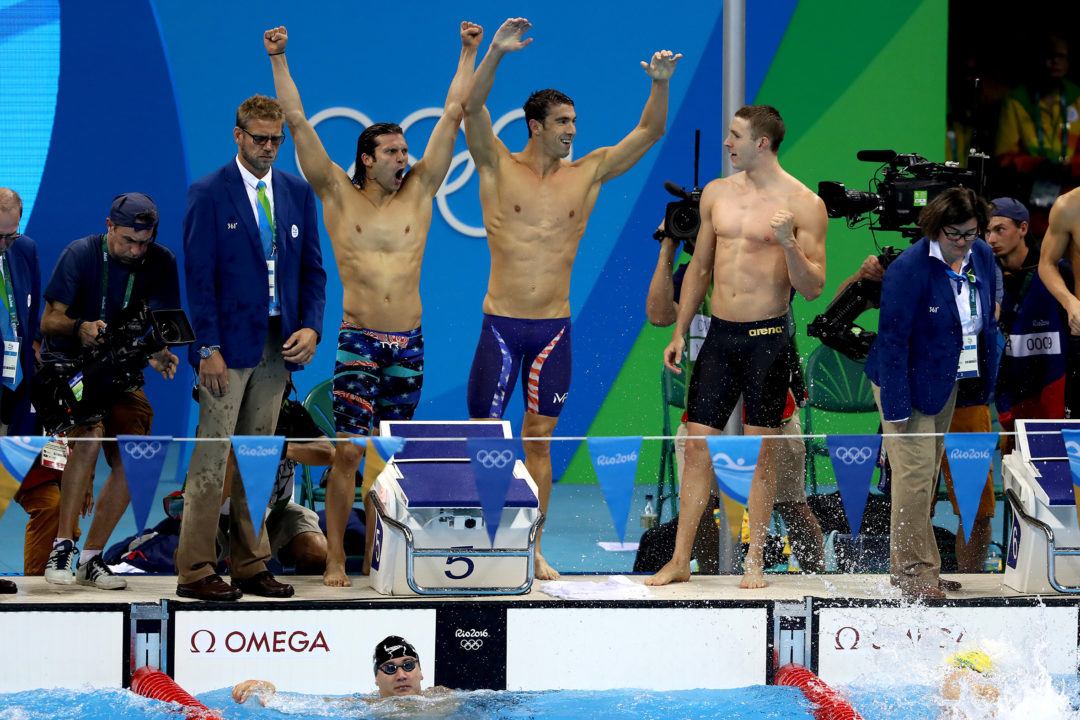 The Olympic swimming program has ended and SprintSwammer1992 is the overall winner of the pick ’em contest. Usausausa and ROBERTO123 finished second and third. SprintSwammer1992’s 31 point final day was enough to jump him from 3rd after 7 days to 1st.

SPREADSHEET OF ALL ENTRIES AND SCORES

There are prizes for top three finishes on each day, but there have been a lot of ties. The tie breaking system is total golds, then total silvers then total bronzes, so the ties can now be broken and the winners determined.

Blew it on the last day. Ehh always next olympics lol

The Olympics is still a swim meet not a give away as many thought with posts after trials. Would enjoy seeing % of picks for some other winners that surprised. The U.S. team was ready and had a strong racing “attitude” and enjoying it. The U.S. club, Y, HS and NCAA mix of programs give the learning experience of swimming together and in many team activities. The influx of foriegn swimmers is going to be even bigger as they have found there is something different than there countries don’t have. Chuck Welgus wrote well about it in his recent posting over the weekend. Great week of swimming to talk about and would be great to get some inside stories.

this must be what 3rd at trials feels like…

wait for the results of the doping tests

Bad News: Day 8 I faded like Cate Campbell on the last 25m.