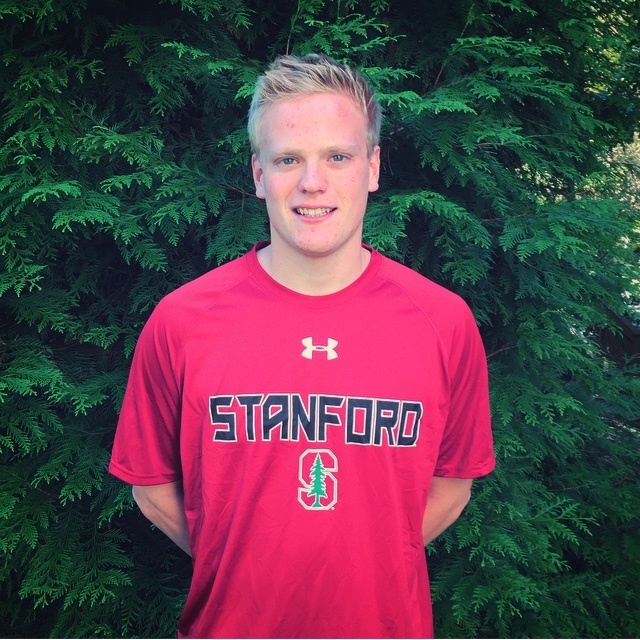 James Murphy from Machine Aquatics and the Robinson Secondary School in northern Virginia has verbally committed to the Stanford Cardinal...

James Murphy from Machine Aquatics and the Robinson Secondary School in northern Virginia has verbally committed to the Stanford Cardinal in northern California. He is SwimSwam’s 19th-ranked recruit in the high school class of 2016.

“I felt that Stanford was the best combination of both academics and athletics,” Murphy said. “I am so excited to join such a great swim team with an outstanding coaching staff.”

Murphy is a versatile freestyler from the 50 through the 1000 who has times to contribute to the Cardinal immediately in almost every event on the college schedule. He’s an Olympic Trials qualifier in the 200 and 400 meter freestyles, and his best projected fit is one of the rare freestylers who can stretch up to the 500 and still contribute to a 200 free relay.

Stanford was loaded in the middle-distance freestyles last season, but were/are hit hard by graduations over a two-year period. 7 of their top 8 200 freestylers, for example, were juniors and seniors last season. The redshirt of Tom Kremer will help mitigate that for the 2016-2017 season, as he’ll still have a year of eligibility remaining, but Murphy will have a chance to contribute both in at least the 800 free relay immediately.

“I am thankful for my family and friends who have supported me,” the high school senior added to his earlier comments.

Murphy is a 5-time Virginia State Champion and the current state record holder in the 200 and 500 yard freestyles. He is three-for-three in earning All-Metropolitan first team honors, and is both an All-American and Academic All-American award winner.

The Stanford men are early contenders for the top recruiting class in the country, despite it not being a huge group so far. Among the public commitments are #3 Grant Shoults, #18 Ben Ho, and 6’7″ breaststroker Hank Poppe.

Nice pick up for Stanford. They have a small, but high-quality group so far, highlighted by their 3 top 20 picks (#3, 18, 19) along with Poppe. Michigan has a high #s group, as well: #9, 12, 14, 15, plus others. And, California, seems to be doing extremely well: #2, 5, 10, 11, 17. Haven’t seen anything from the Texas men’s program. Any word on them yet? They always do an outstanding job with their recruiting efforts. Would be interesting to see their progress so far. Seems like there’s some great team distribution this year, as well: Florida (picking up the amazing Rooney), along with Arizona, UNC, Tennessee, Auburn, Virginia, and certainly NC State with all their verbals so far.… Read more »

So proud of you James!