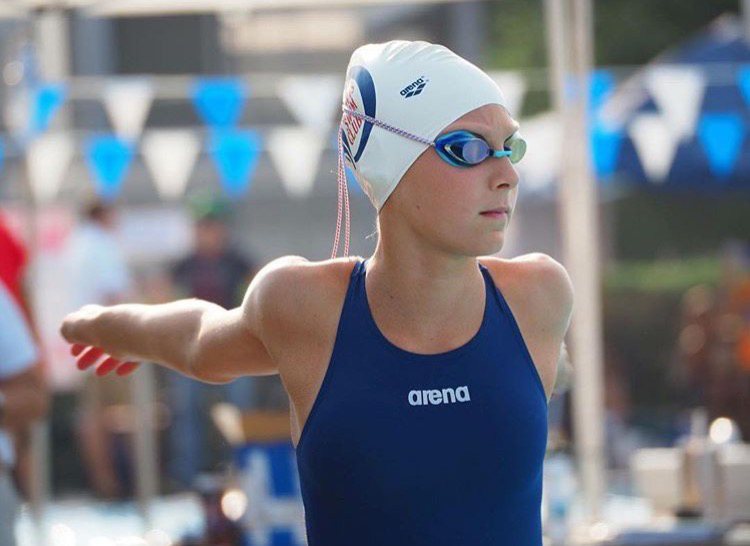 A pair of NAG records fell on day 1 of the NCSA Summer Championships.

Newly-13-year-old Claire Tuggle of the Clovis Swim Club swam another lifetime best and got another win on day 2 of the 2017 NCSA Junior National Championships. On Wednesday, she swam a 2:00.63 in the 200 free, which followed up on her win in the 800 from a night earlier.

Even though Tuggle has almost the entirety of her 13-14 career left to improve upon the time, that swim already bumps her up to 8th on the all-time USA Swimming National Age Group rankings in the age group – right behind Taylor Ruck and Katie Ledecky.

Tuggle wasn’t the only young champion to vault up the all-time lists on Wednesday. 14-year old Anna Keating of Machine Aquatics won the women’s 100 breaststroke in 1:10.54. That moves her into 15th place on the all-time 13-14 age group list in the United States. Like Tuggle before her, Keating had a big second-and-a-half drop to take the win.

It will be very interesting to see if her 200 progresses fast enough to give her a top 6 spot at Nats next summer.

I would even say that 2020 will come at the perfect time. She will be 15 at olympic trials, 16 in Tokyo. The US women’s 4X200 free relay needs new talents because China has a young team and will be very dangerous there. So if Claire continues her steady progression, no doubt she will play a major role for the US team in 2020.

She could have qualified for the 200 free at World Junior Championships had she swam that time at nationals.