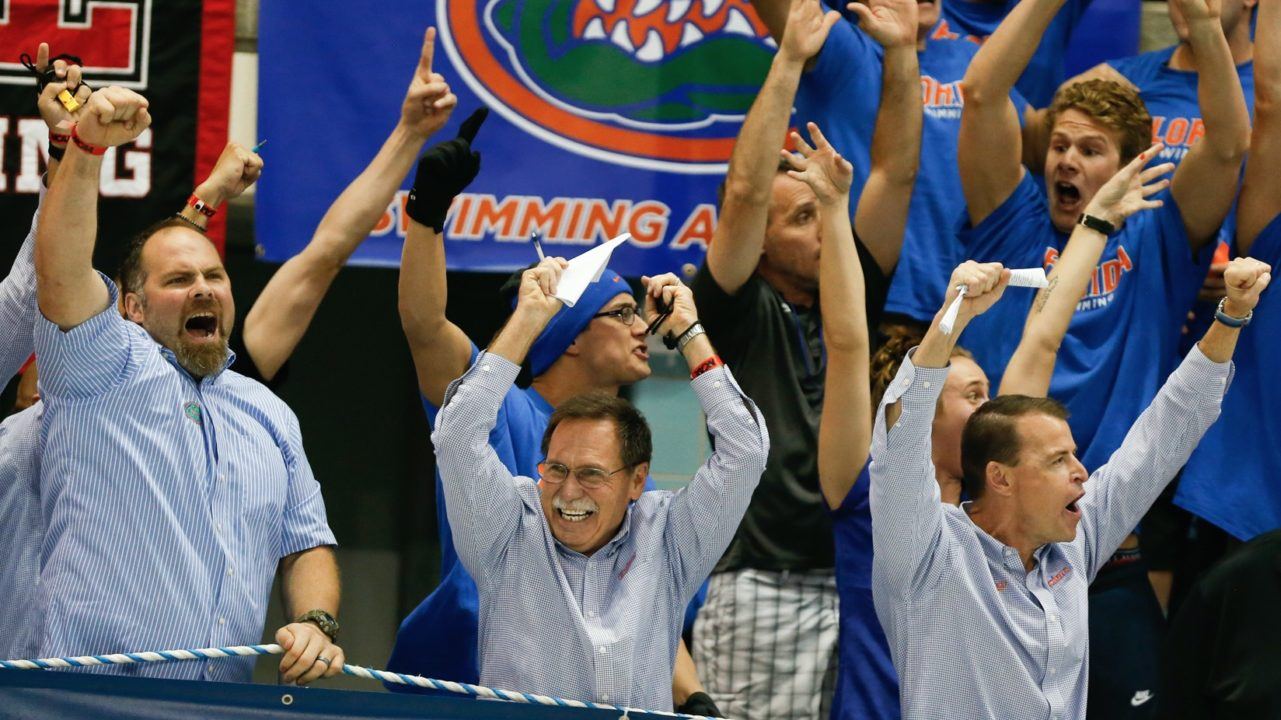 In a year that seems to have more high-level Division I head coach openings than usual, 11 programs are still without head coaches for next season. Stock photo via Tim Binning/TheSwimPictures.com

In a year that seems to have much more turnover of head coaches in NCAA Division I swimming than usual, 11 programs are still without head coaches for next season. Wisconsin and TCU also had head coaching vacancies, but have recently seen those positions filled by Yuri Suguiyama and James Winchester respectively.

The reasoning for the vacancies is varied, with everything from longtime coaches simply retiring, to being dismissed for allegations of abuse. More schools will likely have vacancies in the future as coaches leave their positions to fill the vacancies that are currently open. The complete list of current vacancies is below:

Here is a short recap of the 2 programs that already filled their vacancies:

Just so we remember, it would be helpful if all your future posts are headed by “STEVE NOLAN (MFM)”

Georgia southern is Women’s only

3
-2
Reply
alternative facts are not facts

Whitney Hite did not resign. He was fired.

I wonder if coaches are more intrigued by the AU or U of F job? Both have interesting pieces and are obviously quite prestigious swim schools.

AU is in Alabama! Not sure how that even gets in the Same conversation with Florida?

Is Gainsville better than Alabama?

There is likely going to be another DI position opening in the Northeast in the near future.

Hint: Penn State is not part of the Northeast

When you’re in the Southwest, the rest of the country is the Northeast.

You could have added this:. http://www.pennlive.com/sports/index.ssf/2018/04/penn_state_swimmers_including.html

Swimmer 1: “He played favorites.”
Swimmer 2: “He was always helpful to me.”

Kind of like a group of blind men standing around an elephant.

Swimmer 3:. They cut me, but they still treated me fairly

Spencer – gotta call you out bro you are missing Virginia Tech! (Anonymous already stated but seriously!)