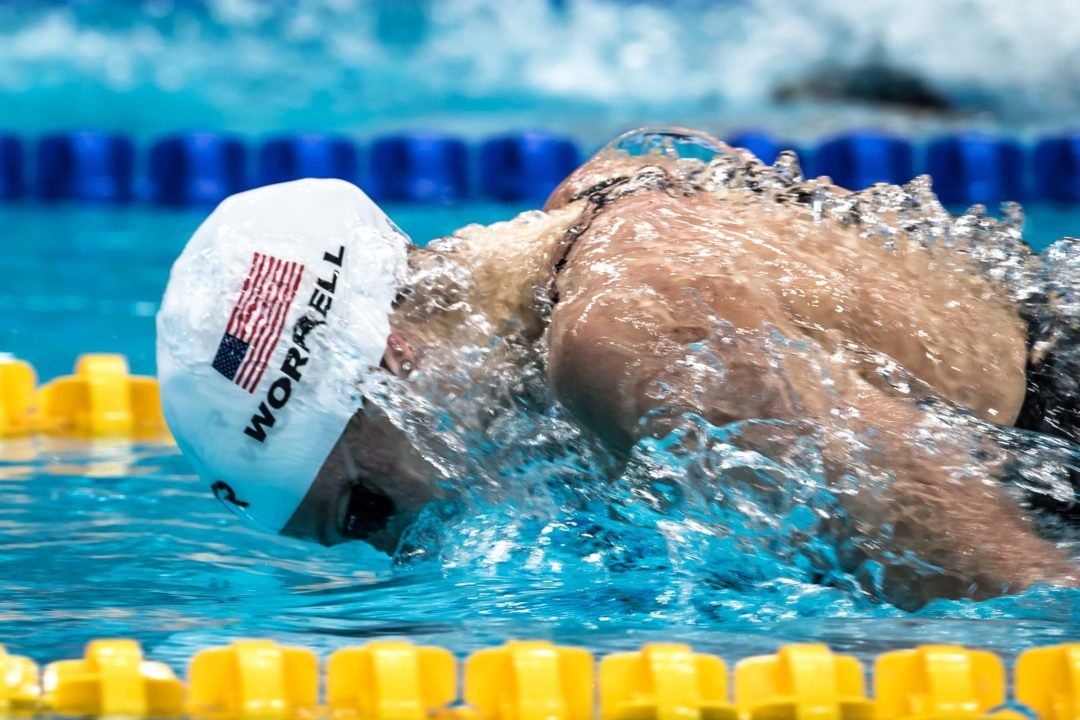 That mixed medley earned two more medals for Louisville, launching them to second of all NCAA schools. Only Stanford has more. Kelsi Worrell and Mallory Comerford swam prelims of the medley for Louisville, Simone Manuel finals for Stanford.

And beyond the American relay, Team Canada had three NCAA swimmers on its relay. Finals breaststroker Richard Funk (who put Michigan on the board for the first time) and prelims duo Javier Acevedo and Chantal van Landeghem, both of whom are or were Georgia Bulldogs.

Comparatively, it was a light day for individual NCAA medalists. Katie Ledecky (Stanford) was the only individual medal-winner on day 4 from an NCAA program.