With Only the 1500s to Go, Krayzelburg Squad to Win TYR PSS – Austin 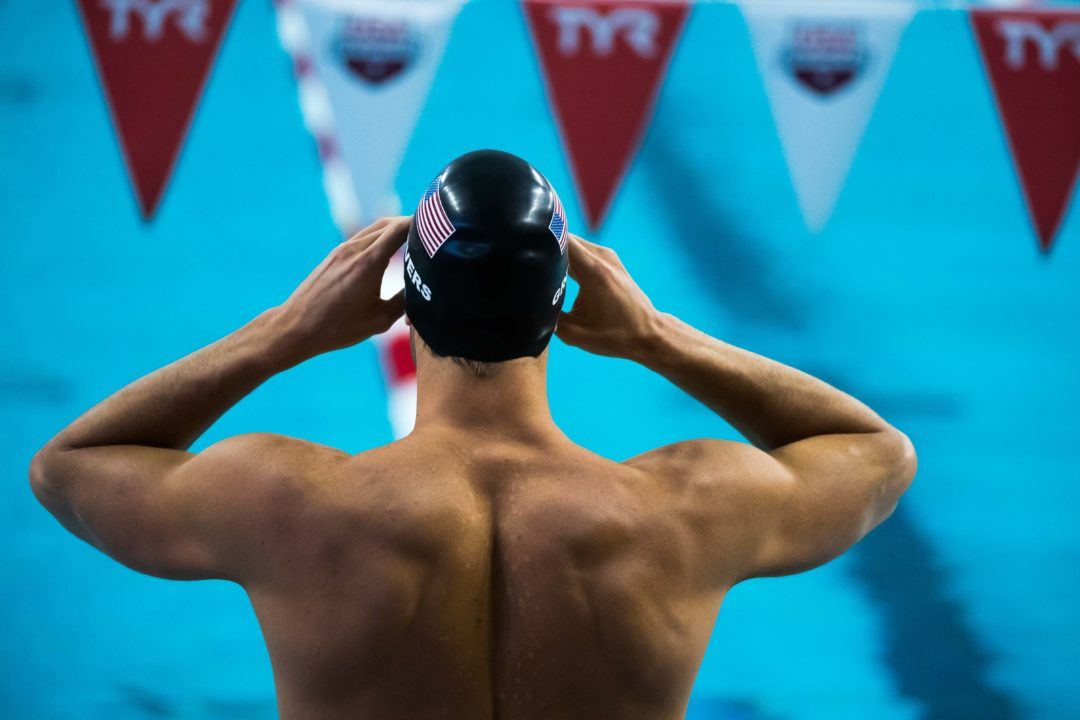 The Krayzelburg Squad will win the points total competition at the 2018 TYR PSS - Austin, after a monster showing in the shoot-out events tonight. Sandeno Squad's Zane Grothe is the only swimmer who will swim a scoring event tomorrow. Archive photo via Mike Lewis/Ola Vista Photography

Lenny Krayzelburg‘s SwimSquad will win the point total competition for the Arena PSS – Austin, after an action-packed night of sprint shoot-outs. The team’s risky strategy of picking 50s as the majority of its scoring events certainly paid off tonight, as Matt Grevers, Olivia Smoliga, Nic Fink, and Amanda Kendall all made it through to the final round of their scoring shoot-outs, with Grevers, Kendall, and Fink each winning ten points for first place. The team will finish up the competition with 107 points.

Natalie Coughlin‘s SwimSquad had one huge win out of Molly Hannis tonight with her blazing 29.71 to win the the 50 breast shoot-out. She also scored big points from Hannah Moore’s second in the 400 free. Coughlin’s team will finish the competition second with 88 points.

The Kaitlin Sandeno squad is the only team with the potential to score more points during tomorrow morning’s 1500 session. And, assuming that Zane Grothe places higher than ninth (which he should, given his performances this weekend and this season), that will move her team up to third place.

Tonight, the Sandeno Squad grabbed a pair of second-place finishes in scoring events from Katie Meili and Michael Andrew in the 50 breast and 50 free, respectively. Both made it through to the final race of the shoot-out.

Tonight, Jason Lezak‘s team did score some points to make up yesterday’s deficit, with a 50 free win from Nathan Adrian, a second-place finish from Justin Ress, and an eighth-place finals performance from Tim Phillips.

I must say, as much as I like the concept of the swim squads, there are some definite flaws that make it quite difficult to follow as a spectator. It’s most definitely an afterthought in my mind when following the meet.