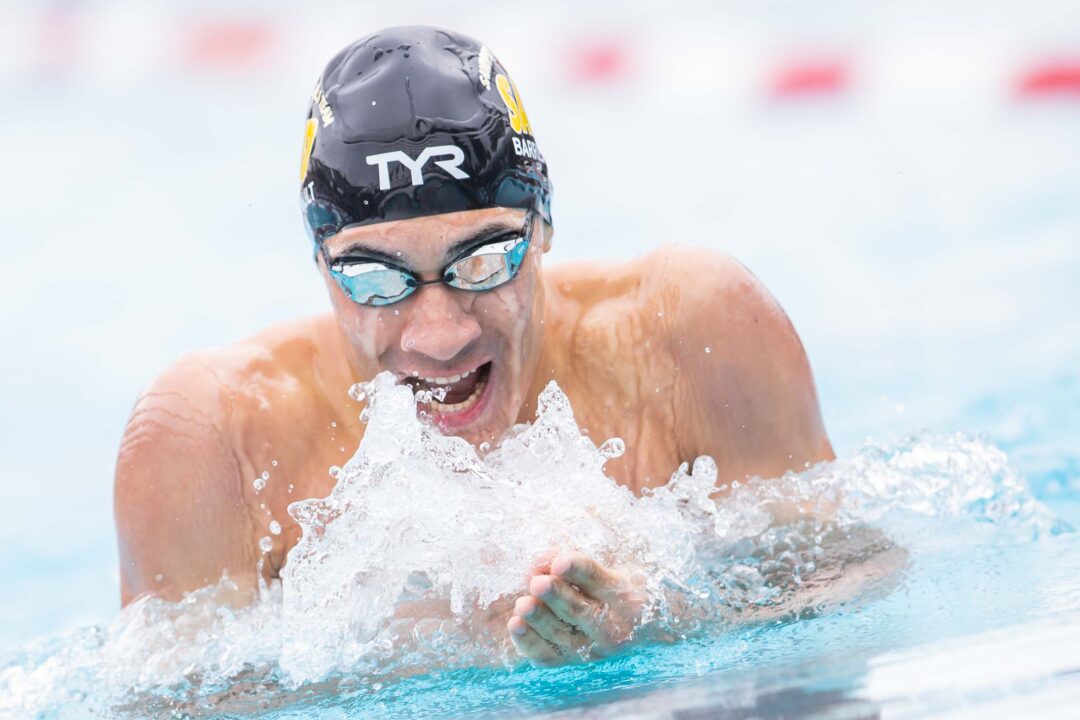 Sandpipers of Nevada standout Brice Barrieault (pictured above) declined his spot in the 10K due to a commitment at Army West Point. Archive photo via Jack Spitser/Spitser Photography

NOVA of Virginia swimmer Will Glass will now represent the U.S. in the 10K instead of Brice Barrieault, who declined his spot due to a commitment at Army West Point. Barrieault, who competes at the club level for Sandpipers of Nevada, had earned his selection to the squad thanks to a 2:16:10 at the U.S. Open Water Nationals in April. Glass, a William & Mary commit, finished two places behind in 2:18:31.

At the 2018 championships in Eilat, Israel, the U.S. team took home three medals — two gold and one bronze. Mariah Denigan (10K) is the lone swimmer on this year’s roster who also competed four years ago.

C’mon, Will. Go crush this!