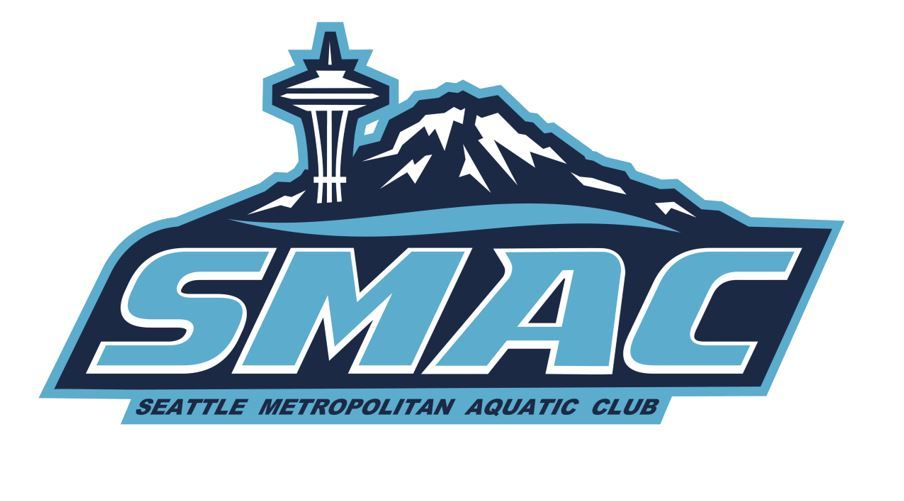 What was formerly known as the Central Area Aquatic Team (CAAT) has resurfaced as the Seattle Metropolitan Aquatic Club (SMAC). Current photo via SMAC

What was formerly known as the Central Area Aquatic Team (CAAT) has resurfaced as the Seattle Metropolitan Aquatic Club (SMAC). The club has undergone recent and significant growth and change in terms of coaching staff and team size, and has also added additional locations to accommodate their progressions.

Changes have been going on this spring in the wake of sexual abuse allegations against former KING Aquatic Club CEO Sean Hutchison. In April, four coaches from KING switched over to SMAC, along with over 100 swimmers.

SMAC has been around in the Seattle area for many years and will extend from the central Seattle area to South King County with these expansions. The team size has also more than doubled with these changes.

SMAC debuted under its new team name and logo at the Mel Zajac Jr. and Apple Capital meets the weekend of June 1st.

The coaches listed (Ken, Keith, Tommy, Tomas, and Billy) are amazing people and amazing coaches. I am excited to see what they can accomplish as part of SMAC. The new coaches are joining an already great staff, so it will be exciting to see what this combination yields. Not only do these coaches have a profound understanding of the sport, they sincerely care about the person and not just the athlete. Good luck to Seattle metro aquatic club!

Right. At the Apple Capital meet, the new “Smac” staff tried to put several unattached swimmers into relays under the guise of the new name. This resulted in several relay disqualifications. Must have been a hoot. Oh yeah, that other thing. Ken Spencer is still a business partner with Sean Hutchison at AMG.

Wow so that means all the people that went to get away from Sean’s sphere of influence, is currently contributing to his finances by swimming at AMG pools with SMAC/CAAT? I know I would be pretty upset if I was just figuring this out!

I am sure that these new swimmers and parents were not aware of the partnership that Spencer and Hutchison continue to operate Aquatic Mgt. Group. New King team is entirely new ownership that has no ties to old owner. Gee can CAAT or SMAC (isn’t this slang for heroin?) say the same?

Oops. According to these links your new owner is/was an advisor to IKKOS which if I’m not mistaken was a company owned by the previous owner of King (Hutchison). And if you look further was actually media relations of IKKOS. His twitter feed also has pictures of Hutchison and IKKOS throughout. https://angel.co/terry-yen https://twitter.com/snapdragonfirst?lang=en

Maybe SMAC coaches were just giving the younger swimmers who don’t get a lot of opportunities to do relays, that chance. Knowing they were going to be DQ’ed already (and getting the permission of the meet ref), but they still got to get out there and have the relay experience SMAC obviously wasn’t focusing on the point factor if so, they would not have mixed up the talent, and was just letting kids have fun and swim -isn’t that what is all about?

They entered their kids at EVERY level in this manner, so it wasn’t about just letting the little kids swim relays. This was the first meet with their new name of SMAC and they entered all their swimmers as if they were attached, which they are not able to at this time yet. Play by the rules. It is really simple, just play by the rules.

Ernie and Bert, in previous posts you have told the former members of King to move on and worry about their own team…might be time to take your own advice. You seem very bitter. I was told the meet host allowed the swimmers to swim the relays with precoordinated DQ’s…simply an opportunity for the kids to swim. From what I have heard it was a hoot for the kids….who this is all done for!

Yeah to bad he was actively recruiting swimmers to join CAAT/SMAC after joining in direct violation of USA Swimming rules by personally contacting and through proxy by the use of ex King Swimmers. So sad, just let the Kids swim.

Tomas is one of the nicest and most caring people I know. He is an amazing coach and truly cares about the people in his life. I am grateful for his friendship and know that our friendship has helped me become a better person.

Here’s the reality of what happened…. when Ariana came forward with her accusations,, Ken Spencer engaged with his former colleagues at king, and the former Booster club at king… ( there is a paper trail of emails on the laptops of the former booster members). The discussion started long before the above mentioned coaches resigned,, long before! In these emails it was very apparent of what the goal was- destroy king and take as many king swimmers as possible, as well as the pools that king was operating out of. This was collusion with malice- has to make you wonder about the clowns who planned it out…king is moving forward- completely fresh start.. about the swimmers and giving them the… Read more »

The pools that dropped KING did so on their own accord, as did the coaches, the swimmers and their families. I personally resigned because KING to me now represents child abuse and lies. That’s really all it comes down to.

Really Adam? You shouldn’t cast stones while living in a glass house!

Ha good ol club drama… Not gonna lie, most of the country doesn’t care about your drama and your bitterness towards coaches who left your team. Coaches have every right to leave teams (and sounds like they left a team with a lot of baggage… I would want to leave that mess too and people like you).

Your booster club gets laptops? (And just cause I’m that type of person, it’s not really a paper trail then is it?)

i don’t really care about this side of things. But I am curious to know about any changes king implemented since Ariana came forward? Any new/updated policies? Has King taken any action to prevent future victims? Any educational opportunities discussing sexual assuault/grooming?

Lol not the best acronym, but I guess there are worse.