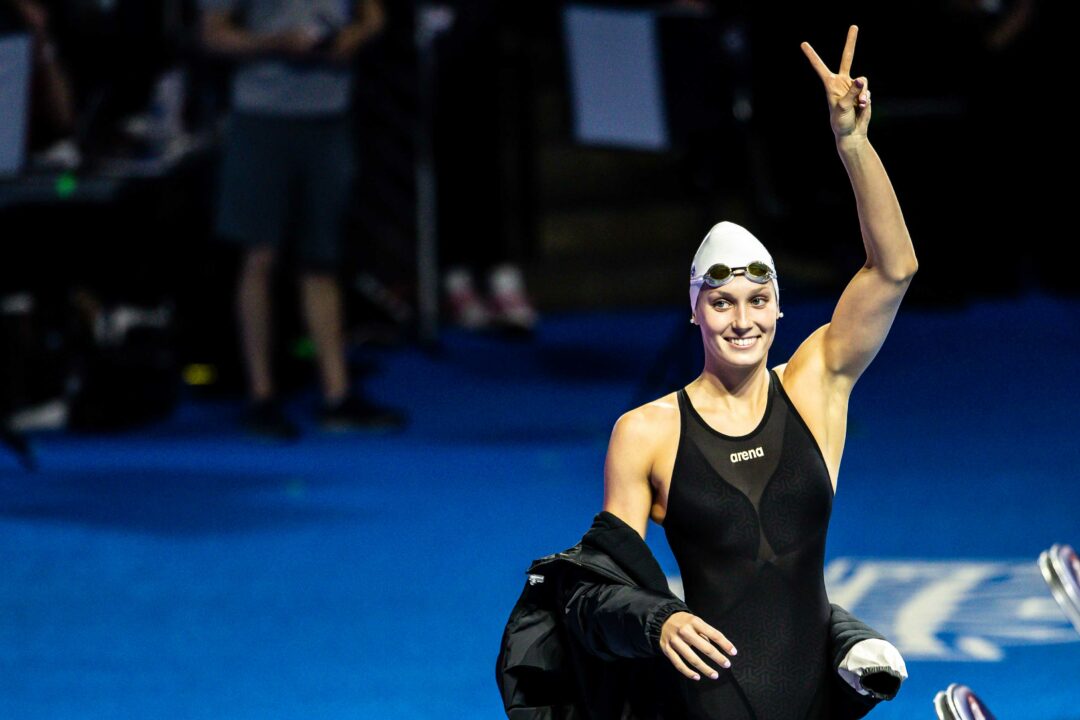 The Virginia women broke the ACC meet record swimming a final time of 6:53.37 tonight at the ACC Championships.

The team consisted of Reilly Tiltmann, Ella Nelson, Ella Bathurst, and Alex Walsh. They broke the record set in 2021 by Virginia which was a time of 6:54.31.

Notably, Margaret Nelson swam the same exact split both years in a row with a 1:43.49 flying start.

The biggest difference in the relay was Alex Walsh as she split 1.56 seconds faster than she did a year ago.

This relay also is #2 all-time in Virginia school history as their school record is a 6:52.56 from 2021 NCAAs which is also the ACC overall record. The relay will look to defend their title in the event at NCAAs this year. They won the relay by over four seconds last year.

All of the women in the relay are on the psych sheets to swim in the event individually later in the meet. Reilly Tiltmann is the #5 seed, Ella Bathurst is the #9 seed, Alex Walsh is the #12 seed, and Ella Nelson is the #18 seed.

They would have gone even faster had they put Emma Weyant on this relay. Just looked it up and she was 1:45.2 two years ago while in HS.

Ella nelson and Margaret nelson are the same person right