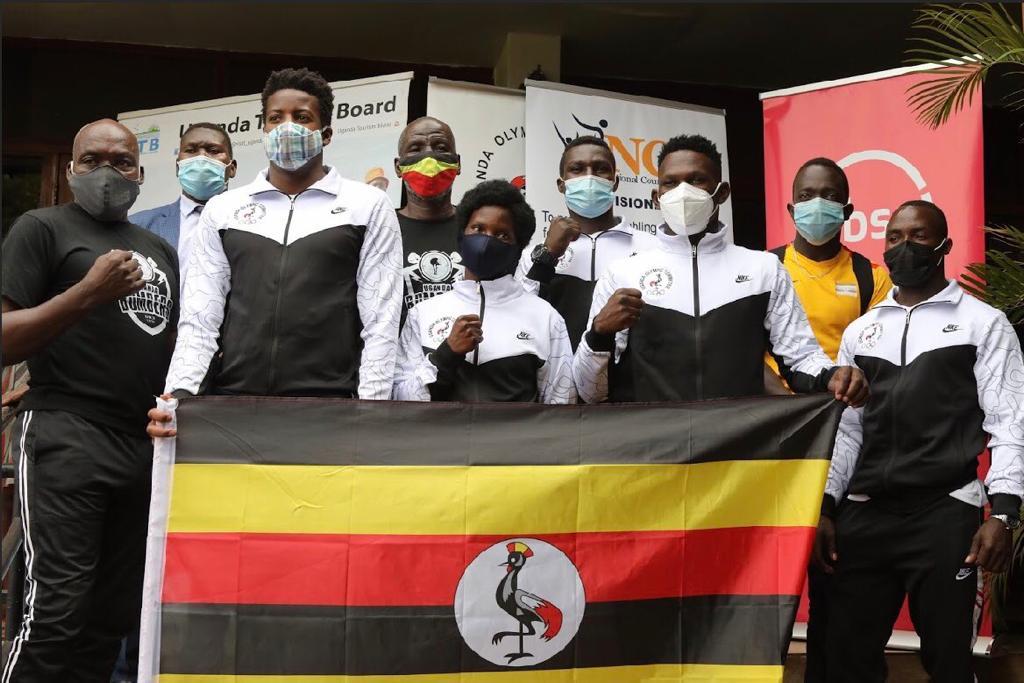 A group of 9 Uganda Olympic athletes, including swimmers, arrived in Japan last week, and 1 member of that group tested positive for coronavirus. Current photo via Uganda Swimming Federation

A member of Uganda’s Olympic team was barred entry into Japan last week after testing positive for coroanvirus. This marks the first positive test for the virus that has driven the world into a pandemic over the last 18 months among arriving delegations. The test comes 5 weeks ahead of the start of the Olympic Games.

All 9 of the athletes in Uganda’s Olympic Team were fully vaccinated with the AstraZeneca vaccine and had negative PCR tests before boarding, according to the Asahi newspaper.

The athlete who tested positive has not been identified and is staying at a government-designated quarantine facility.

The rest of the team tested negative and boarded a bus for Osaka, where they will take in their Olympic preparations.

The AstraZeneca vaccine, which has not been approved for use in the United States, is only 60% effective against the new Delta variant of the coronavirus, according to American scientist Eric Feigl-Ding. The Delta variant, first detected in India, is now the world’s dominant variant, the World Health Organization said last week.

While 60% effectiveness across a large portion of a population can be enough to slow a global pandemic, there are likely to be more positive tests among vaccinated athletes at that rate. While some countries, like the United States and Japan, have dramatically dropped infection rates, continued challenges in obtaining vaccines and vaccine hesitancy around the world can continue to put vaccinated individuals at risk because higher rates of spread can lead to more mutations of the virus.

The Japanese Olympic Committee has said that they expect 95% of Olympic athletes to be vaccinated, though it’s unknown what the ratio of different vaccines will be within that group. Pfizer and BioNTech, which collaborated on a vaccine, made a significant donation of doses to the IOC to vaccinate Olympic athletes, and revealed last week that they believe their vaccine to be 96% effective against the Delta Variant – similar to the effectiveness against other variants of the virus.

“Let’s all wait a minute,” opposition lawmaker Renho said on news of the Ugandan athlete. “This time, nine people arrived. For the Olympics, 100,000 people will be arriving. This is no time to be talking about how this will be a moving experience for our children.”

Japan currently requires a two-week quarantine for foreign arrivals, but Olympic teams are exempted from those controls. The Ugandan team was the 2nd Olympic team to arrive in Japan following the Australian women’s softball team. No positive tests have been announced among the Australians, who come from a country that has been among the most successful in the world in combating spread of the virus.

In 2016, Uganda competed in 3 Olympic sports: athletics, boxing, and swimming. They did not win any medals, though their biggest success was in athletics. Uganda has won 7 total medals in its Olympic history.

The first batch of Ugandans this year included athletes from boxing, weightlifting, and swimming. The country is also expected to send entries in athletics and rowing.

Atuhaire Ambala was the lone swimmer to join the initial group of 9. At the 2019 World Championships, he finished 86th in the 50 free (24.69) and 89th in the 100 free (53.89). He was chosen for the Games as part of the FINA “Universality” program that allows countries to send 1 male and 1 female athlete if they don’t have any swimmers who hit the minimum qualifying standards.

According to Bloomberg data, Japan has administered enough doses of coronavirus vaccine to cover 12.5% of its population, which ranks the country about mid-pack globally. Following several emergency declarations designed to curb the spread of the virus, a mid-May peak has receded to just 1.1 cases/100,000 residents in the latest numbers.

What percentage of the US (swim) team is vaccinated? I’ve only heard about Michael Andrew refusing vaccination. He did have Covid but unsure when, and whether those antibodies are still present. Pfizer and Moderna are 88%-90% effective against the delta variant. EVERYONE should get vaccinated now. It would be a pity if they missed out on the olympics because they tested positive.

Not taking anything away from the point and messaging of this particular article, but you guys can do better than quoting EFD.

Do you just wake up every morning and choose chaos? Do you ever just get out of bed and say “hey I’m not going to try and start some ridiculous argument with SS today”? I can’t imagine how tedious life must be, always looking to pick fights.

The Japanese are going to ruin everything with their rules and attitude about holding the games. I hope people will still be able to have a good time.

Hate to see this. Hope he or she is able to recover and compete!