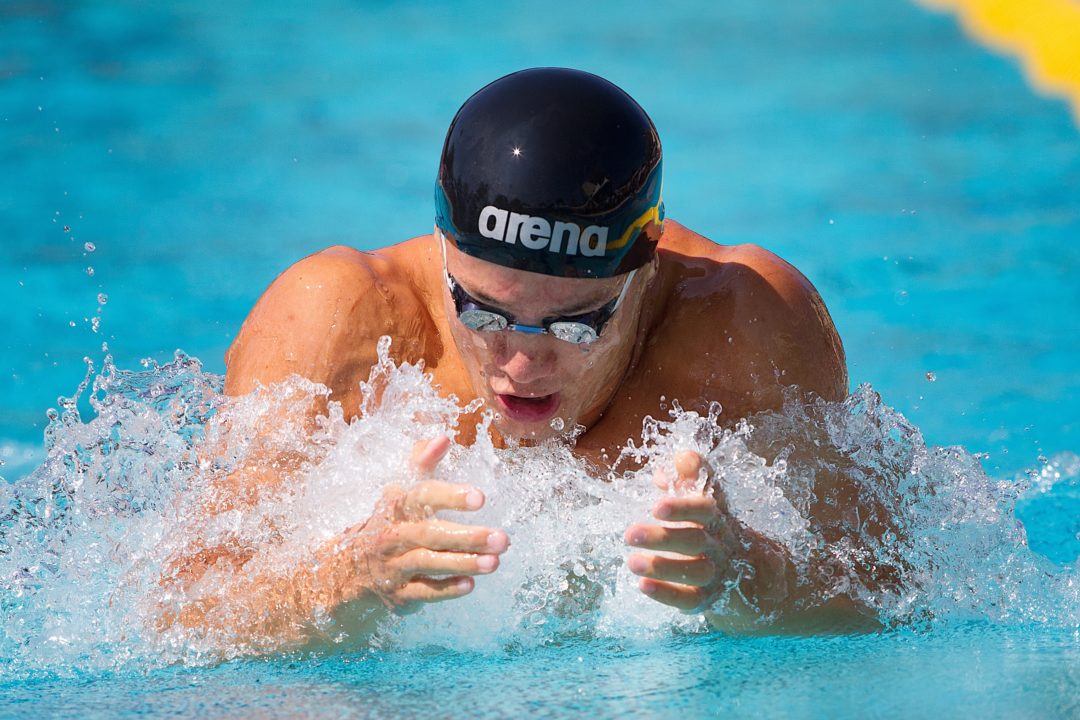 USA Swimming has decided to allow hand-signals at Trials, in a victory for Marcus Titus. (Photo Courtesy: ©Tim Binning/TheSwimPictures.com)

In a sudden change-of-heart, USA Swimming has decided to allow hand signals to be used at the Olympic Trials to accommodate hearing-imparied swimmers.

After the issue surrounding a letter from USA Swimming gained steam on social media yesterday, there was a significant outpouring of support for Titus’ cause. It was not unanimous, however it was overwhelming, including support from other swimmers who would be at the same meet.

In that letter, National Teamer Titus was told that no hand-signals would be used at the Olympic Trials for commands like “take your marks” command, so that the Trials would be as consistent with Olympic procedure as possible.

Titus rallied support for his cause, and USA Swimming decided that it was in the best interest of all to allow the hand signals.

“The hand signals are a standard race procedure for all Deaf athletes. I have worked with USA swimming to incorporate the hand signals into the standard start procedure. The procedures have even made their way into the official USA Swimming handbook.”

This last issue seems to be what had caught Titus off-guard; that there had been so much progress made to even include the signals in the rule-book, and then an about-face was pulled. Now, USA-Swimming has chosen the side of inclusion on the matter. One has to believe that former Titus coach Frank Busch, who is now the National Team Director, was a str0ng advocate in Titus’ corner, in the least.

I think this issue was not as one-sided as it initially seemed; however I think the decision was a positive outcome for the sport.

After the “USA Swimming will use hand signals at the upcoming Olympic Trials in order to accommodate our deaf and hearing-impaired swimmers. We thank National Team member Marcus Titus for bringing this issue to our attention. USA Swimming embraces an inclusive culture and is pleased to be able to accommodate our athletes with hearing impairments by making this change. The ruling is in accordance with USA Swimming rules [Article 105.3]. Meeting the needs of our athletes remains a top priority for our organization, and we are pleased to take this action.”

Wonderful!He has worked so hard to get where he is and should have the same advantages as everyone else.I am sure this will help so many young swimmers with similar problems.There is a swimmer in Iceland who has been to 3 Olympics who is also a breaststroker and he waits to see when others leave the blocks to go…
GOOD JOB Titus and USA SWIMMING.Is Fina on board?

Hey Swim Ma – we’ve reached out to FINA, but their spokesperson is on the road (London this week, Mexico next) so the communication has been a bit delayed. Will let you know when we hear from them.

I like swimming and support your effort in this field .. thanks a lot