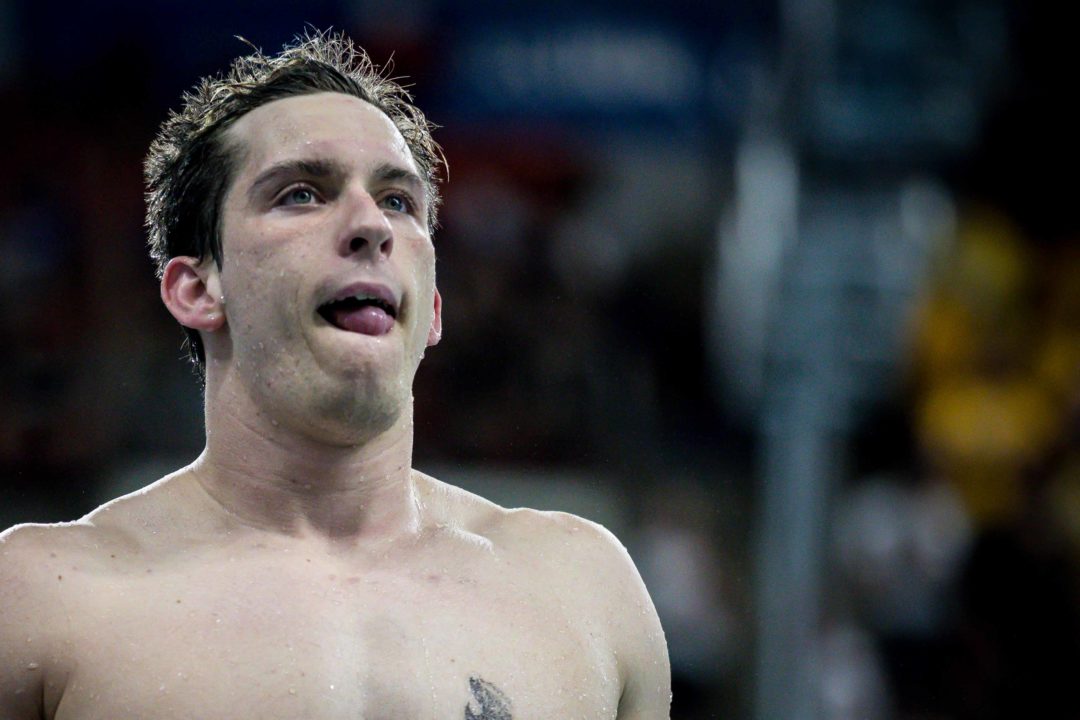 Team USA broadened its lead in the medal table on day two of the World University Games in Italy. After Great Britain’s request for an appeal to the 400 IM on behalf of Abbie Wood was denied after Wood missed her final swim in the women’s 400 IM on Thursday, the American officially picked up additional gold and silver medals, and Italy a bronze.

On Friday, Ian Finnerty won the men’s 100 breast in a new Games Record, giving the USA its first gold of the session. Later, Lisa Bratton won the women’s 200 backstroke, also registering a new Games Record, while teammate Asia Seidt picked up silver behind her. Justin Ress also won the USA’s  first bronze medal of the competition in the 100 back.

South Africa and Australia both got on the board with a couple gold-medal performances tonight; William Yang came through for the Aussies with a gold medal in the men’s 50 fly, while Tayla Lovemore won South Africa’s first gold of the competition in the women’s 50 fly, establishing a new South African record in the process. Though Australia and South Africa have won only one medal each so far, both delegations now rank ahead of Italy in the overall medal standings, thanks to their gold-medal performances. Italy, meanwhile, picked up no new medals on day two, save for the bronze that was officially awarded to Ilaria Cusinato in the women’s 400 IM, swum yesterday.