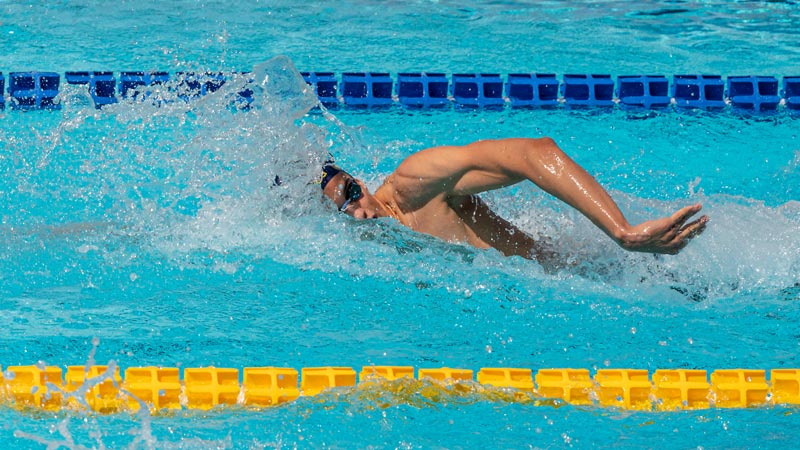 Tyler Hanley and Ella Bathurst closed out the 2020 Florida Virtual Championships at Clearwater with two event wins each. Stock photo via Giorgio Scala

Hanley who currently swims for the Blue Dolfins will stay in Florida for his collegiate career, having signed with the Florida State Seminoles for the 2021 NCAA season.

Virginia commit Ella Bathurst, currently swimming for Tampa Elite Aquatics (TEAM) also secured another 2 victories at the final session of the meet. Her first-place finishes in the 100 freestyle and 200 backstroke gave her a total of 6 wins at the meet, having already picked up gold in the 100 breaststroke, 100 backstroke, 200 freestyle, and 200 IM.

Bathurst’s first swim of the night was the 100 freestyle which she won in a 49.21 to notch a new best time. Her previous PB was a 49.47 which she swam almost exactly a year ago. She won the event as the only sub-50 swim in the heat as Micayla Cronk hit a 50.43 for second place and Megan Hansen followed in 50.89.