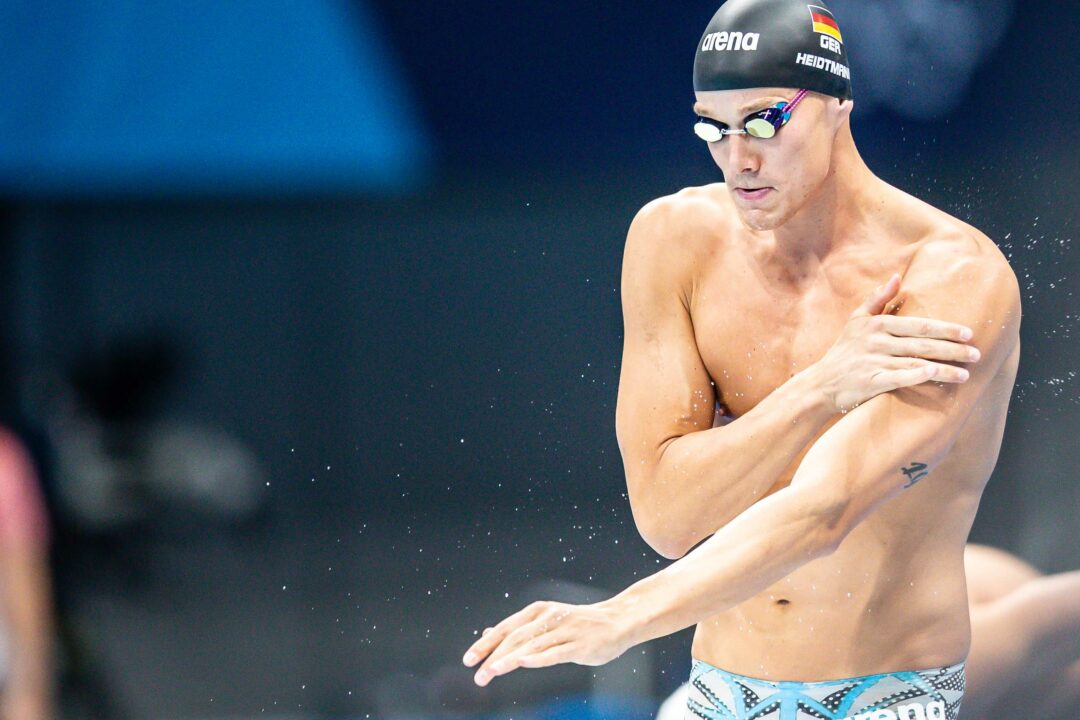 Jacob Heidtmann raced at Rio 2016 and Tokyo 2020 for Germany and leaves the sport as a national record-holder in the 400 IM. Archive photo via Jack Spitser/Spitser Photography

Heidtmann still holds that 2015 German record in the 400 IM. He also holds a national record in the mixed 4×200 freestyle relay, which he, Henning Mühlleitner, Reva Foos, and Annika Bruhn lowered to a 7:28.43 at the 2018 European Championships. That swim got Heidtmann and his teammates a long course European Championships medal in that event, outswimming the Russian contingent, which posted a 7:29.37 for silver.