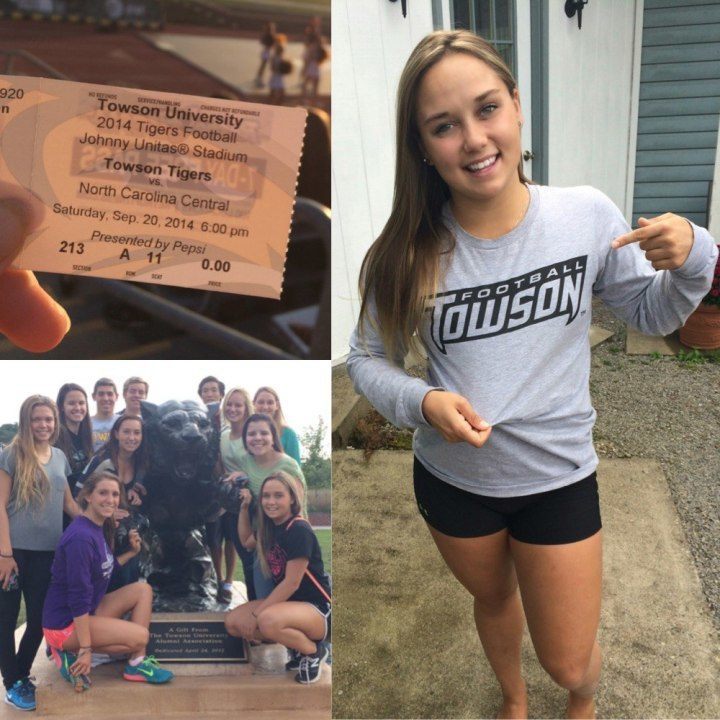 Towson Tigers picked up a verbal commitment from distance-freestyle specialist Bria Otwell, who will join their roster next fall. Current photo via Bria Otwell

Bria Otwell, a senior at Freeport Area Senior High School in Freeport, Pennsylvania, verbally committed to swim for Towson University for the 2015-2016 season.

“I decided to commit to Towson because their swim team has an awesome work ethic and they are overall great swimmers and people, and the coaches were very inviting and I can tell that the team really likes them”, said Otwell.

Otwell is a distance-freestyle and I.M. specialist out of Pine Richland Aquatics, under Coach Pete Barry. Her junior season at Freeport was highlighted by a seventh-place finish in the 200 I.M. and an eighth-place finish in the 500 Free at the AA 2013-2014 Pennsylvania High School State Championships.

Otwell has been fairly consistent in her performances throughout her high school career. Most of her best times are from her freshman year, but she regained form for her junior season. Her progression in the 500 Free shows that her best time is from her freshman year at Freeport, while she was 5:04.36 her sophomore year, but she is now at an upward trend, recording a 5:02.89 as a junior.

While Otwell specializes in the four events listed above, the 200 Fly/Back/Breast may be an option for her at Towson as well. The Tigers have graduated many talented seniors from their distance-freestyle group, which gives Otwell an opportunity to make an immediate impact on their program. Towson won their second consecutive CAA Championship in 2014, as part of their run for six titles in the past seven years.

Otwell will have big shoes to fill in helping the Tigers continue their streak, as they relied heavily on their distance-freestylers to score big points. Her best time in the 1650 Free may have a shot at placing top-16 at the CAA Championships, in which Towson took the first six places in 2014. 2015 could prove to be Otwell’s best year, as this young lady has one more year of high school swimming to progress before joining the NCAA Division I ranks with her Tiger teammates.